Advertisement
HomeHeadlineCase for the defence: packed chamber hears pleas to save the courthouse
Advertisement 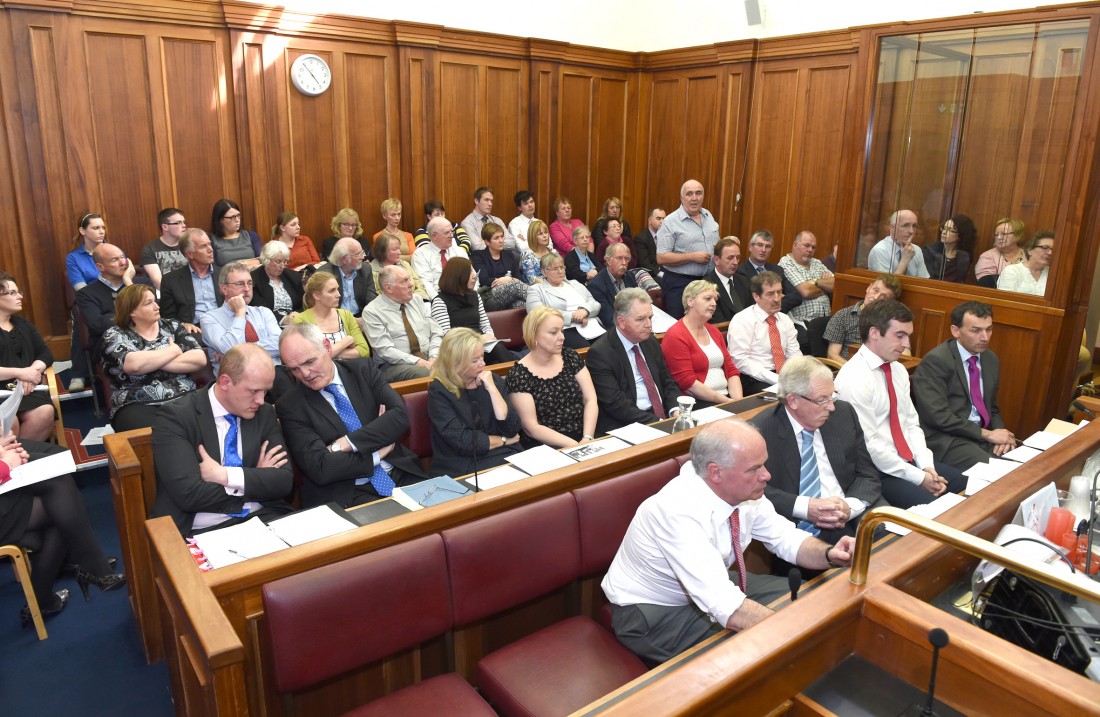 A LARGE CROSS SECTION of the local community turned out last  Thursday in opposition to the closure of Enniskillen courthouse.

At the public meeting  held in the courthouse opposition was expressed from the legal community, local business, political representatives, council, security firm G4S and local police, with all in agreement that the courthouse remains a prized asset in Fermanagh.

The meeting was chaired by Ronnie Armour, chief executive of the Northern Ireland Courts and Tribunals Service and he was assisted by head of court operations, Peter Luney.

Mr Armour said that the closure of the eight courthouses in the North would ensure the better deployment of diminishing resources, greater flexibility and scope for judges and business delivered from modern buildings. The chief executive added that any closure in Enniskillen would not proceed until April 2016 at the earliest.

When the floor was opened local solicitor Reggie Ferguson was first to raise his concerns. He called  it an “ill-conceived proposal” and stated it was more than an economic argument.
Mr Ferguson stated that £15m in fines were not claimed last year and that if a third of these fines had been claimed they would not be at the meeting. He stated that the proposed savings would  mean the costs shifting to court users through travel.

Next to speak was the Chairman of Fermanagh Vinters Marshall Coulter, who highlighted difficulties for local businesses in terms of actions such as the renewal of licences and called it “another drain to Omagh”. The chairman of Enniskillen Business Partnership Jonathan Styles also spoke, calling Fermanagh the “forgotten county”.

From the political perspective councillors Raymond Farrell, Howard Thornton, Alex Baird along with MLAs Tom Elliott and Sean Lynch all voiced their concerns. They highlighted issues including accessibility, poor transport links, increased waiting times, and an increased cost to the Northern Ireland economy.

The largest cheer of the day was reserved for Eamon Flanagan, a former court engineer. He called the proposal an “abosolute joke” and quipped that if the entire population of Fermanagh all chipped in £1.50 they could cover the savings.

Mr Armour called it a “very useful meeting” and said the views expressed would all be considered carefully. The consultation on the rationalisation of the court estate runs until May 18 and is available on the Department of Justice website.