Advertisement
HomeHeadlineANALYSIS: Gildernew loss part of bigger picture as parties struggle to ‘get the vote out’
Advertisement 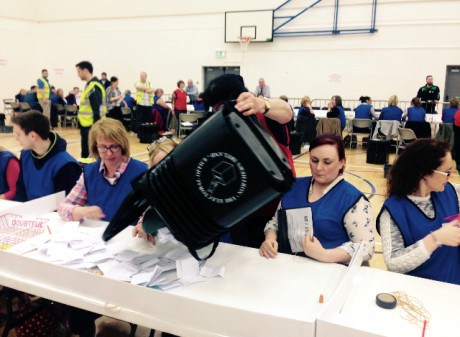 WHEN THE dust settled, perhaps the most surprising figure to emerge from the Westminster election results was the turnout.

Now 72.6 per cent is a remarkably high figure by UK and Irish standards, but in the context of a contest which was decided by just four votes last time out, it was very telling that the turnout here wasn’t a great deal higher.

Of greater significance, perhaps was what happened next door in West Tyrone where her party colleague Pat Doherty, although winning comfortably, saw his share of the vote go down by nearly five per cent. In a constituency characterised by a high level of polarisation and where traditionally elections have been robustly contested between Orange and Green, the big story was surely that the turnout stood at just 61 per cent.

Turnout was even lower in Derry where less than 53 per cent of the electorate bothered to vote and again the Sinn Fein share fell. Indeed Sinn Fein’s share of the vote went down in all but two of the constituencies across the North, with the most remarkable result occurring in the party’s citadel in West Belfast.

Here Paul Maskey retained the seat but the Sinn Fein vote went down by nearly 17 per cent and the SDLP were beaten into second place by radical socialist Gerry Carroll of People Before Profit. 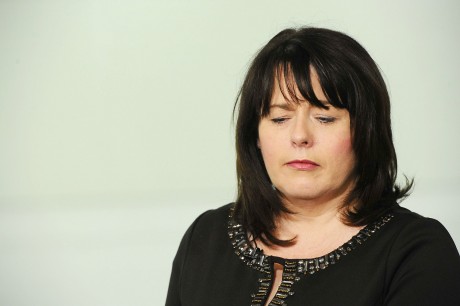 Yes, the unionists in Fermanagh South Tyrone got their act together a lot better than most of us expected, but the reasons for Michelle Gildernew’s defeat cannot be confined to the effectiveness of the  unionist pact. Nor for that matter does it makes sense for Sinn Fein to criticise unionists for coming together in a sectarian pact and, in the same breath, lambasting the SDLP for not engaging in a pan-nationalist pact.

There are other factors at play here and anecdotal evidence suggests that Sinn Fein – like the other party parties here – are not as switched on with young people as they might think they are.  Anyone familiar with social media could not but notice the number of young people who are saying that they are disillusioned with mainstream politics – and that includes Sinn Fein. Some say they are voting for the Greens or the cannabis is better than alcohol crowd, but the majority of this new generation of political agnostic are simply not bothering to vote.

Society is changing here: In the same way that many young people are no longer going to Mass with their families the way they might have ten or twenty years ago, the same young people have their own ideas when it comes to voting. The notion that the family heads off to the polling station and votes en bloc along the same lines as daddy is redundant. Young people are better educated, better informed and more inclined to think for themselves. And the hard truth for all the parties here is that a lot of them have switched off from the politics of the past.

And they’re not stupid: whatever the talk of Tories and austerity and gay marriage, when all was said and done, last week’s election in Fermanagh South Tyrone was, as it always has been, about Orange and Green.

But it’s not just young people who are getting weary of the old politics of division. In knife edge constituencies like North Belfast and Upper Bann, where you might have expected voters to be hugely exercised, the turnout was in both cases  just 59 per cent, an indication surely of voter apathy, especially on the nationalist side. 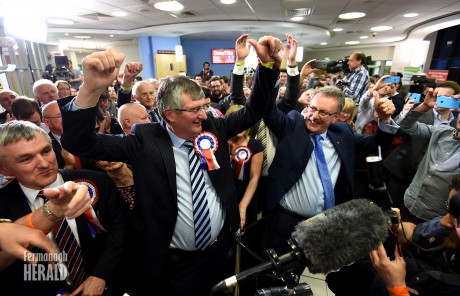 There is also an argument that Sinn Fein have to some degree lost touch with a key constituency, that not insignificant number of people hardwired into voting anti-establishment. For these voters – or non-voters –  Sinn Fein have effectively become part of that establishment. In de facto coalition with the DUP, Sinn Fein, although now projecting themselves as an anti-austerity party did, initially, sign up to a deal which would have resulted in swingeing welfare cuts.

With the Tories back and emboldened and austerity about to go into overdrive, the North of Ireland is in for a traumatic five years. And If Sinn Fein do take the populist line against austerity in order to shore up their vote for next year’s Assembly elections, power-sharing in Stormont is dead in the water.

As for our new MP, Tom Elliott looks like he has a serious job of work on his hands if he hopes to convince nationalists that he is, as he says, an MP for all the people.

His acceptance speech marked an inauspicious start and in particular his claim that Fermanagh South Tyrone was now a red, white and blue seat was depressingly divisive and small-minded. If the politicians keep this nonsense up they can surely kiss goodbye to the Facebook generation.