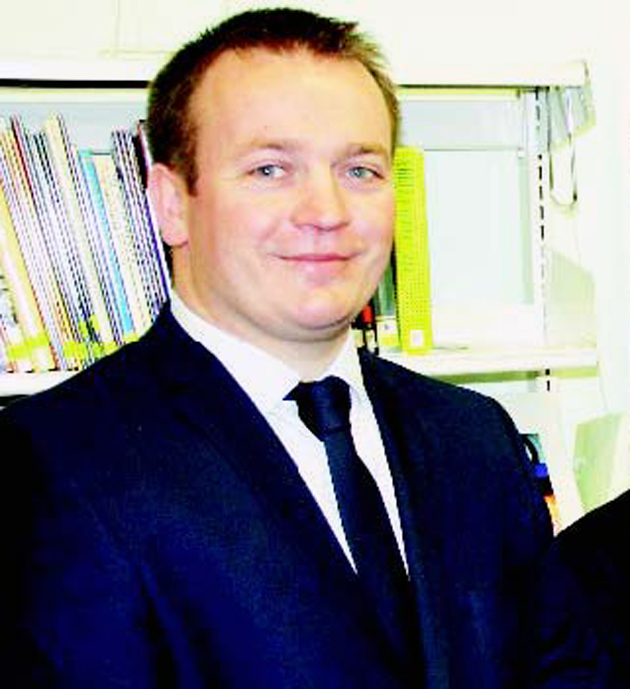 THE CURRENT vice-principal of Castlederg High School Simon Mowbray has been appointed the new principal of Devenish College in Enniskillen.

He was officially appointed this week and will take up his new role on September 1, 2015. Mr Mowbray will replace outgoing principal Mervyn Walker, who is retiring after 10 and a half years at the helm of the Enniskillen school.

The Chairman of Devenish College Board of Governors Alex Baird confirmed the good news to the Herald.

“Mr Simon Mowbray has been appointed as the new principal of Devenish College. He is currently vice-principal at Castlederg High School and will take up the post on September 1, 2015 for the new school year.”

He added, “I certainly welcome the appointment of Mr Mowbray and welcome him in to the Devenish College community.”