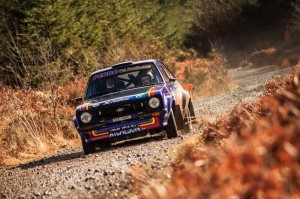 Alan Atcheson and Keith Curley taking their Ford Escort to second in class at Carrick-on-Suir.

Several local crews headed south to the opening round of the Valvoline Irish Southern Forestry Championship on Sunday past.

The event proved tricky with wet and muddy stages in the forests outside Carrick-on-Suir.

One crew not letting the conditions deter them were Kevin Eves and Chris Melly who excelled in the conditions in their Peugeot 208 to take a very creditable eighth overall and second in class.

Next past the finishing post were Ashley Dickson and Shane Buckley in a close ninth and first in his respective class in their GPN Mitsubishi Evo.

Damien McGauren and Michaela McGinn in their Toyota Corolla took third in class just pipping the Ford Escort of Brendan Campbell and Kevin Creighan. Brian Little and Bernard McSweeney took fifth in class in their Escort

The rally winners, Micheal O’Brien and James O’Brien, were start to finish victors in the WRC Ford Focus, however runners up Desi Henry and Liam Moynihan in their WRC Subaru set a string of fastest times. Unfortunately, mechanical maladies halted their charge for the win, third place went to the Mitsubishi Evo of Ger Lucy and JJ Cremin. Meanwhile Michael Conlon and Ciaran McPhillips took fifth and topped the two wheel drive class. 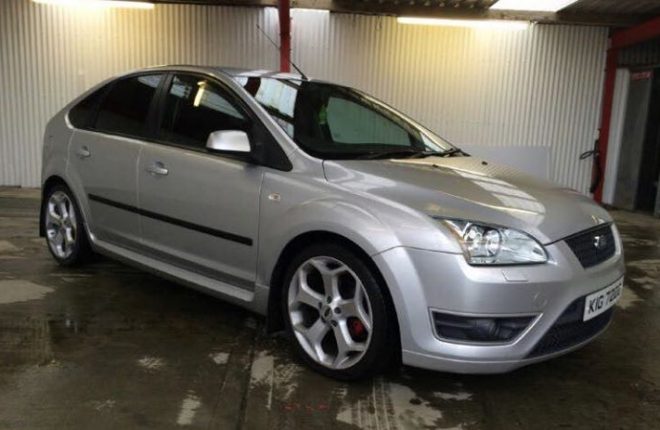 A silver Ford Focus with the registration number KIG 7222 has been stolen from the Main Street area of... 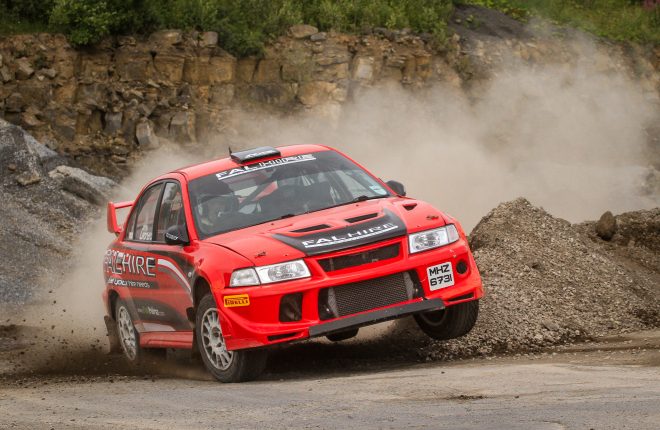