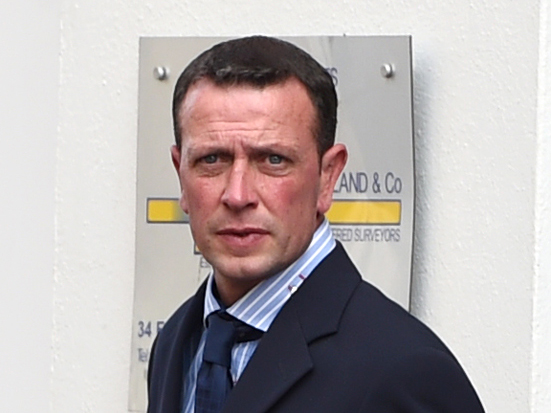 A FORMER Tempo pony club instructor who was cleared of having underage sex with a 15-year-old former student has spoken of the “ordeal” he and his family went through.

Professional showjumper Gabriel Tunney, of Tattinweer, was accused of six counts of knowingly having sex with someone under the age of 16 on dates between April and the November 2010 but was acquitted of the charges at Omagh Crown Court, sitting in Belfast, last week.  It took the jury several hours over the course of two days to find the 42-year-old not guilty.  This was the third time the Tempo man had to stand trial on the charges he has always denied.

In a statement issued through his solicitor, Chris McEvoy, Mr Tunney said: “I am extremely pleased that this trial has finally come to its conclusion and my position throughout vindicated. It has been an ordeal for myself, my wife, our family and friends for the last number of years dealing with the false allegations made against me.
“I wish to record my gratitude to the members of the jury for their careful and detailed consideration of the evidence throughout the duration of this trial.
“I also wish to thank my legal team, Chris McEvoy, John McCrudden QC and Gavyn Cairns BL, for all their work in the preparation and conduct of my defence.”

The jury of eight men and three women accepted Mr Tunney’s pleas of innocence during the 12-day trial, and the claims of his defence QC John McCrudden that his accuser was a “brazen liar … a damaged child … a flawed individual” who “at the drop of a hat could cold-bloodly lie”.

The jury also heard that the prosecution’s forensic strategy, which claimed to have produced his DNA profile, was also flawed as the tests on samples of ‘sperm heads’, along with other possible innocent materials taken from the girl’s bedroom, were not carried out in the proper order.

Mr McCrudden said that while a defence expert argued the combined material produced a DNA profile linking Mr Tunney to the bedroom, it could not be said which of the samples had gone to make that profile.

Prosecution lawyer Peter Magill stated that the show jumper was “evasive and would not answer a series of questions” when put to him in the witness box. He also said it was the Crown’s case that “whether she provoked it, or started it (the relationship) he certainly took part in it”.
However, Mr McCrudden told the jury it was the girl who was “willing to do anything to achieve her objective”. The barrister said the then teenager wanted to destroy those she felt crossed her, and was capable of destructive manipulations in an effort “to bring down her prey when she wants it”.
Mr McCrudden told the jury the girl’s allegations, which she retracted five times before the case came to court, “got better with the telling”, and showed how “with ease and ability” she could change that story.

Describing her as an “accomplished, experienced liar,” Mr Tunney’s barrister also said there was “no doubt how smart she is”, but that she was also “the fruit of a poisoned tree”, “cold-blooded” and capable of manipulating phones to fabricate messages and plant texts.
Mr McCrudden continued that she had “failed to destabilise Mrs (Madeline) Tunney” who stood by her husband, as “she knows her husband. She’s not stupid. She knows what he is capable of, and knows his character”.

Mr Tunney left court with his wife who has stood by her husband throughout.