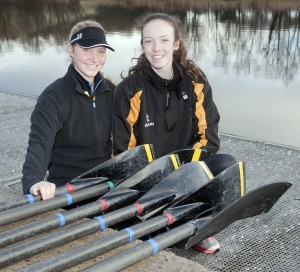 Saturday 28th February will see the return of high quality racing with the annual Erne Head of the River.

Last year the race was cancelled due to the river being in flood but this hasn’t put off any clubs from travelling to Enniskillen this year. The race takes place over the exact same 6km distance of the Oxford Cambridge Boat Race on the river Thames in London.

Racing commences at 2.15pm from the top of Killyhevlin straight down through the town to the finish at Portora Boat Club. Top vantage points to view the racing will be the Killyhevlin Hotel, Stewart’s Car park and the Round O.

There will be an enthralling rematch of the men’s Irish Championship senior 8s final in which National University Ireland Galway beat Trinity College Dublin by a foot in July. Trinity lead off the Erne Head with NUIG going off second with neither crew wanting to come off second best.

The Irish national rowing team have submitted several high quality entries and lightweight mens eight will fancy themselves to upset the top club crews and take the race win.

Rowing Ireland has also submitted a heavyweight men’s quad who will have stiff competition from a strong looking composite from Cork clubs and Portadown.
Portora boat club lead off the Men’s J18 8 category and will again face tough competition from Bann Rowing Club and St Joseph’s College, Galway. Portora have strengthened their eight since Lagan Head where they beat Bann by nine seconds over a slightly shorter course. St Joseph’s always produce strong 8s and with Blackrock College Dublin in the mix this category is sure to be one of the best racing spectacles of the afternoon.

Portora have also strengthened their J16 8 and will be keen to see off St Joseph’s and Coleraine Inst.

Portora women’s J18 eight are the only entry in their category with rivals Bann dropping down in a quad for this race.

The girls are going off behind Trinity College Dublin women’s senior eight who they beat by 20 seconds to be the fastest women’s crew at Lagan Head two weeks ago. Trinity however suffered a crash on the day and will be keen to get revenge on the juniors and no doubt go into the race as favourites for fastest women’s crew.
Portora also have two J16 women’s eights entered as they race against Dublin-based Commercial Rowing Club.