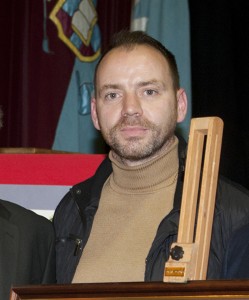 Martin Greene will be taking the reins at Derrygonnelly this year.

Last year’s beaten senior championship finalists, Teemore have gone back to a tried and tested model with the appointment of Trillick native Sean Donnelly as their manager for the forthcoming season.

Donnelly was in charge of the Shamrocks the last time they won the senior championship in 2005. He won’t be able to repeat the trick this year however as his side resides in division two and will be competing in the Intermediate championship.

Elsewhere Martin Greene along with Michael Glynn will take the reins in Derrygonnelly. The Harps had Greene’s brother Paul in charge last season. Glynn was involved alongside Brendan Rasdale when Derrygonnelly won the championship in 2004, ending Enniskillen Gaels quest for seven championships in a row.

Belnaleck meanwhile have appointed Kinawley man Aodghan Murphy as their manager for the season ahead. He replaces Peter Clarke who returns to Lisnaskea to take over the senior team where he hopes to rekindle the glory of their All-Ireland Intermediate success of 2011/12 when he last managed at the Emmet’s.