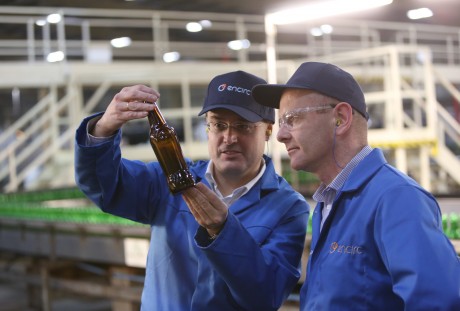 Gorka Schmitt and Adrian Curry at the glass factory.

THE top boss of a Spanish company which has bought over the former Quinn Glass has pledged to invest over £200m in the Derrylin and Cheshire plants – sending out a strong signal that it’s here to stay.

In a bid to allay employees’ fears, the CEO of Vidrala met with union and community representatives in Derrylin last week to outline the company’s long-term plans.

It follows growing concerns from staff and the local community who feared the sale would mean closure of the glass factory.

This was dismissed by the CEO Gorka Schmitt who said his company would not invest €408.6m ‘for nothing’.

“It’s our biggest acquisition to date and we have been in the business for 50 years,” he told the Fermanagh Herald.

“You don’t invest €408m into a business and not want to see it in the long-term future so it’s seems a little strange that we would be here only for the short-term.

“You won’t buy something if you don’t think it will have a great future. The glass company has a very young plant and organisation and paired with the experience of Vidrala means it will be a better future for both.

“In the next five years we will have to invest another €200m in this project because the furnaces have to be rebuilt.”

When asked if the attacks against the former Quinn Group property concerned him, Mr Schmitt said: “For sure it concerns us a lot, but we have told the community that we think people in Vidrala and Derrylin have a safer future being together in this project and we know we have to have to let some time pass so they can see that the things Vidrala are saying are facts.

“We need to invest and rebuild the furnaces and staff will see they have better opportunities in a bigger group and that their jobs are safer. We will always be competitive because we need the clients in order to guarantee the current jobs and those to come.

“Yes, we know that in the past foreign buyers are not well seen but we hope with time, communication, facts and hard work that we show people that the project with Vidrala is the best employer for people in this community.

“We always said from the beginning that we are able to exit (the deal) if it was some local offer, but that was not possible.”

Adrian Curry, managing director of the former Quinn Glass, dismissed rumours that the new company would close the plant branding them as “nonsense”.

He said the factory has a ‘bright future’ with the new owners and that changes would always spark questions from staff.

He added: “There was a lot of information put out on social media that caused a lot consternation among staff but we met them and explained the situation with them and that Vidrala were the preferred bidder. I think the staff got themselves comfortable with the realisation there were going to be changes.

“I think Gorka said as well that he had discussions with QBRC (consortium group), to me it was a very open process, we ended up with five firm funded offers on the table. Any one of those five could have bought the business and my understanding was that none of those were a QBRC offer.” 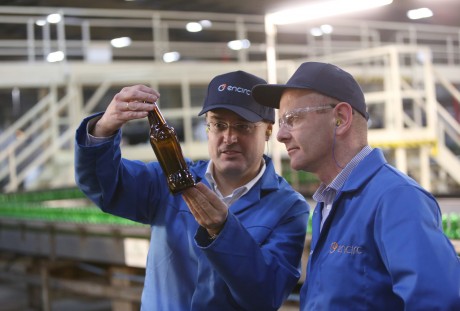 INVESTMENT of £22m into one of the county’s biggest private employers is expected to secure jobs well into the... 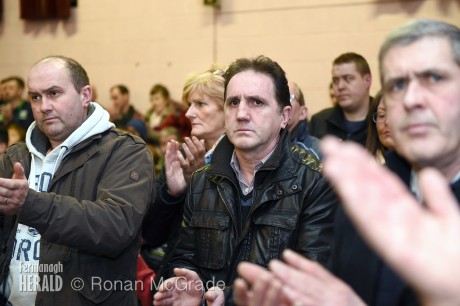 AN ESTIMATED 1,000 people attended a public meeting in Ballyconnell on Monday night