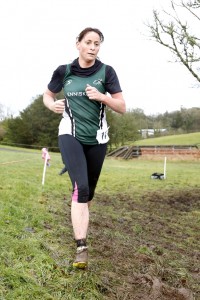 The second running of the Fermanagh Cross Country event, organised by the Enniskillen Running Club in association with the Fermanagh District Council and Athletics NI, is booked in the calendar for 24th January.

Last year’s inaugural event was an overwhelming success with athletes, coaches and supporters. It will once again held on the picturesque grounds of the Necarne Estate, Irvinestown, with registration beginning at 10am at the Bawnacre Centre.

With the Ulster Schools E-Districts Cross Country meet coming up on 3rd February, on the same course, this will serve as a perfect tune-up for the schools participating. The juvenile races comprising under 13s, under 15s and under 17s are sure to draw fierce competition from around the province. St Michael’s Grammar School, Omagh Harriers, Sligo AC were all represented last year and 2015 promises to surpass last year’s numbers.

This is the seventh of nine events in the Athletics NI Cross Country League. In the men’s table, Newcastle AC hold the lead over City of Derry Spartans by a mere four points so there is everything to run for in Irvinestown. Springwell RC, North Down AC, Acorn AC and Foyle Valley are also still in the mix.

The ladies league table is also very close with Springwell RC holding a narrow two point lead over City of Derry Spartans. North Down AC, Acorn AC and Foyle Valley AC have some work to do in order to get back in it.

There are plenty of questions to be answered at Necarne. Can the City of Derry Spartans retain their men’s and women’s titles from last year or will a rival club seize them? Will anyone challenge the 2014 men’s champion Stephen Duncan from Omagh Harriers or ladies champion Karen Alexander of Sperrin Harriers? It’s still up in the air and with local teams from the Enniskillen Running Club and the reigning men’s novice champions, Clones AC, competing, it’s shaping up to be an exciting day on the grass.

The Enniskillen Running Club would like to thank all those involved in helping put together this event together; CAFRE, Necarne Estate, Fermanagh District Council, and Athletics NI.

Additionally, a special thank you to Belleek Living, for once again providing the magnificent trophies and for the Bawnacre Centre for providing the venue for registration and the post-race hospitality, which includes changing facilities, hot showers and hot food and refreshments.