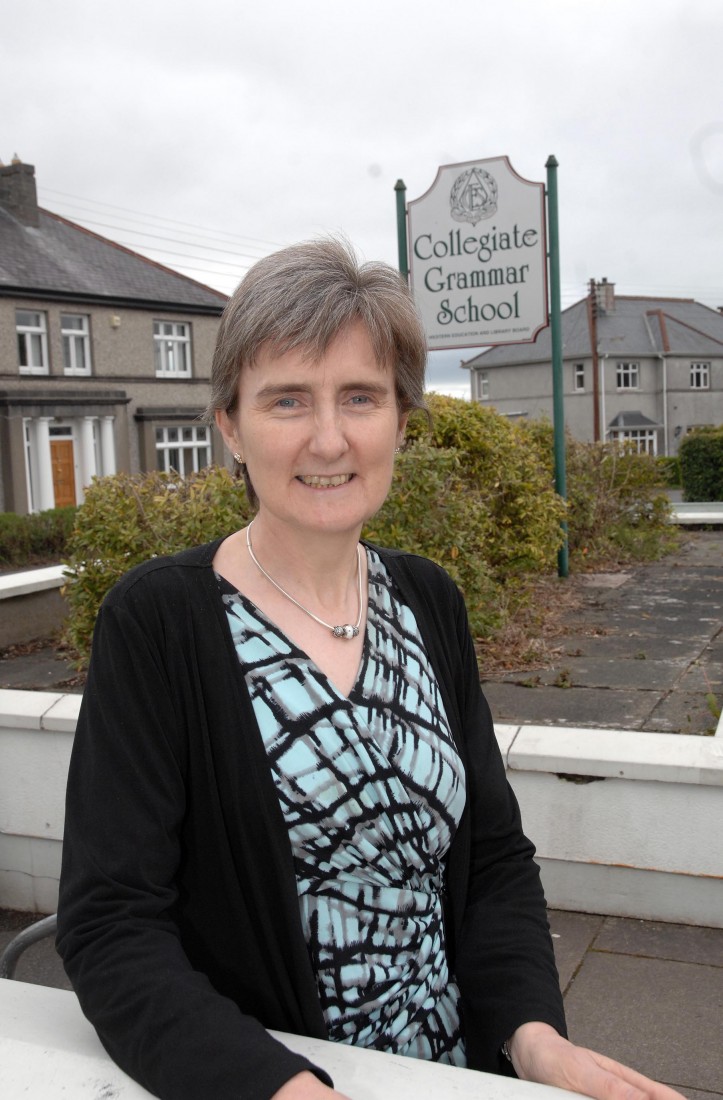 Elizabeth Armstrong said she was ‘deeply concerned’ by the decision

IN ONE of his first acts as the new speaker in Stormont Mitchel McLaughlin has refused to refer the decision to close Portora Royal School and Enniskillen Collegiate Grammar School to the Executive Committee for consideration.

The Collegiate rigorously opposed the original proposals and the decision made by the Minister and a petition collected by the DUP’s Arlene Foster was lodged before Christmas with the Speaker of the Northern Ireland Assembly to refer the decision back to the Stormont Executive.
In Stormont on Monday however, new speaker, Sinn Fein party member Mitchel McLaughlin, refused to refer the decision to committee.

“I inform Members that I have received a valid petition to refer a ministerial decision to the Executive Committee under section 28B of the Northern Ireland Act 1998. The petition relates to the decision by the Minister of Education to approve changes to post-primary education in Fermanagh, discontinuing the Collegiate Grammar School and Portora Royal School, as announced to the Assembly on 28 November 2014.

In accordance with the Act and Standing Order 29, I have consulted with the political parties whose members hold seats in the Assembly. Having consulted the parties and given the matter full consideration, I have certified that the Minister’s decision does not relate to a matter of public importance. I will not, therefore, refer the decision to the Executive Committee for consideration.”
Enniskillen Collegiate principal Elizabeth Armstrong said it was a matter of ‘astonishment’ and ‘deep concern’ that the Speaker did not consider the issue to be of public importance.

“It is clearly a matter of great public importance for the many people from right across the community in our local area who expressed their vigorous opposition to the Development Proposals during the consultation period and latterly to the Minister’s decision to approve these proposals.

“It is clearly a matter of great public importance across Northern Ireland , given the Assembly vote of 22 September when the motion tabled by Arlene Foster and Lord Morrow and supported by Tom Elliott and many other MLAs from parties across Northern Ireland requiring the Minister  to reject the WELB Development Proposals  regarding the proposed closure of the Collegiate Grammar School and Portora Royal School and to seek consensus on the future of these schools with broad community support was carried by a clear majority.

“We understand that this is not the end of the matter at Stormont. We as a school community remain resolute in our determination to overturn the Minister’s highly controversial decision which will lead, if unchallenged, to the closure of two strong and successful school communities and will result in a reduction in the number of grammar school places in a new school seeking to build its identity across split sites for the foreseeable future and seriously at risk of financial vulnerability. Our young people and our community deserve so much better.”