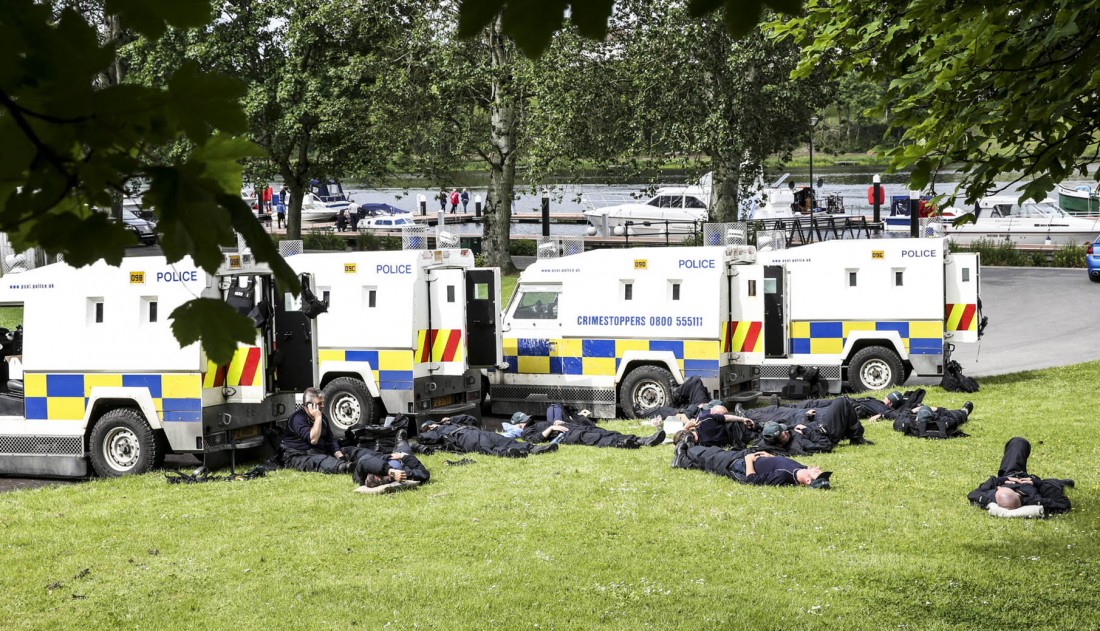 THE TOTAL cost of the G8 summit held in Fermanagh two years ago is over £12m more than originally estimated, a new report has said.

The report also said that regarding impact on local businesses, ‘for most the G8 summit had no impact’.

Commissioned by the Northern Ireland Executive, it showed that the cost of hosting the G8 in June 2013 in the county was at £92m.

The report indicated that there was a mixed reaction with regards to the impact on local business.

“Further, in the short term the proportion of businesses experiencing a positive impact appeared to be largely counterbalanced by those where the impact was negative,” it said, “While around half of the accommodation sector had guests staying with them in connection to the G8 summit, they considered the impact on revenue to be relatively limited. This is because there was some displacement of other guests which meant bookings were either completely or partially lost.”

Sinn Fein MLA Phil Flanagan has said that their is ‘absolutely no justification’ for the £92 million spend.

Mr Flanagan said: “No effort was made to find out what the people living in Fermanagh think, those of us who were seriously inconvenienced by this over elaborate event and we all know why.”

He went on: “The G8 brought no benefit to this county at all. The people who live here were seriously put out by it and have received little in the way of a payback. There have been no jobs created or significant infrastructural improvements as a result of it, despite all the promises made to us at the time.

“Surely this £92 million would have been better spent creating jobs in Fermanagh instead of massaging the ego of David Cameron and his ilk who are determined to force austerity onto citizens and continue to live a lavish lifestyle at their expense.”