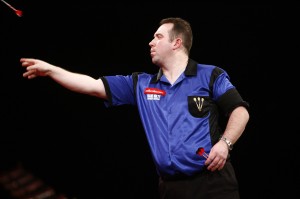 Brendan Dolan competed in his last competition ahead of the William Hill World Darts Championship on December 18th. The Belcoo man was in action in the Cash Converters Players Championship Finals in Minehead last weekend.

Despite an encouraging first round win Dolan came up short against Wes Newton in the second day’s action.

In the first round Kevin Painter was the opposition. Painter raced into a 1-3 lead before the Fermanagh man won four legs on the spin. Painter clawed his way back into the match taking it to a decisive tie. Painter missed double 16 to clinch the match and Dolan returned to take out 48 on double eight to seal the win in a dramatic deciding leg.

In the second round Wes Newton accounted for Dolan with a 10-5 victory.

The game’s opening half proved even as Dolan – aided by two 13-darters – held a slender 4-3 advantage before Newton embarked on a run of six successive legs to push clear, landing a pair of 13-dart legs of his own in moving 9-4 up.

Dolan finished 67 to hit back, but that was bettered by a 68 checkout as Newton moved through to the last eight of the Players Championship Finals for a second successive year.

“I’ve had two good games against players who are very hard to beat so I’m really happy,” said Newton.

“It’s always a hard game against Brendan. “Brendan didn’t play as well as he can do, but I ground the win out and I’m happy to be in the quarter-finals.”