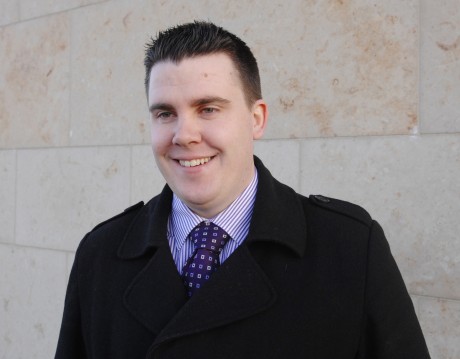 FERMANAGH’S four MLAs have racked up almost £1m in expenses over the last three years with coat stands, artificial plants, camcorders and vacuum cleaners among the items they’ve been claiming for.

From expensive photo-frames to pricey pest control, our MLAs, who include Sinn Fein’s Sean Lynch and Phil Flanagan, DUP Minister Arlene Foster and UUP’s Tom Elliott, have not been shy in claiming for their respective offices throughout the county.

The somewhat bizarre expenses are revealed weeks after Assembly members were told that an independent investigation into allegations of MLAs’ abuse of allowances could be set up.

Phil Flanagan was the biggest spender among all four, claiming approximately £252,019 in three years and this figure included a claim for fuel of £12,340.40 in just one year.

In 2012, Mr Flanagan appeared to have bedecked his Enniskillen office with an array of supplies.

When asked about the pricey plants the Sinn Fein MLA responded: “That amount doesn’t sound right. That figure doesn’t ring a bell. I didn’t think it was that much.

“I know the plants were expensive, but I didn’t know the price before I ordered them.

“There was an agreement between the Assembly and the supply organisation called Banner. We were provided with a catalogue which didn’t have prices for all the items.

“It was not until after these items arrived I knew how much they were and in hindsight I wouldn’t have ordered them.

“Those prices have changed. Any new items purchased have to demonstrate and show you are getting value for money. I definitely would not have bought them if I had known the price. By the time the invoice arrived it was too late to return them.

“The majority of my costs are taken up by staff who are there to serve the people of the constituency.

“Traditionally I would be in Stormont four days a week while trying to attend as many events across my constituency and it’s a large area. I represent the western part which is very remote and the furthest away form Belfast.

“All the mileage claimed has to be incurred while carrying out meetings with local people and finding out what the issues are and engaging with people the best I can. These meeting are in different parts of the county.”

Mrs Foster, who is the DETI Minister, appeared to have a number of pest issues after spending £356 on pest control over nine months. In May 2011, £239 went on filing cabinets while £300 was spent on newspaper advertising.

Mr Elliott spent a total of £71, 378 over the last year. He submitted expenses for rent and service charges for his Enniskillen office on Regal Pass as well a research carried out between August and October 2013 for £1,410.00.