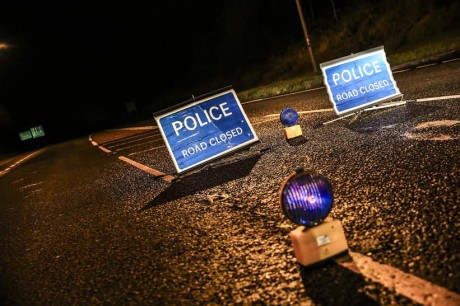 Diversions were in place as emergency services attended the scene

A MAN remains in a ‘critical’ condition in hospital following a serious crash on the main A4 between Lisbellaw and Tamlaght yesterday evening (Saturday, November 15).

Police said that the male motorcyclist was taken to hospital for treatment for his injuries that are described as critical.