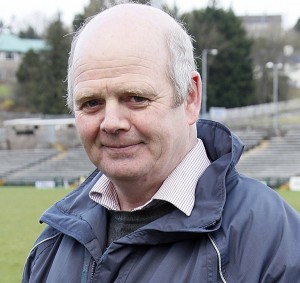 A Central Council proposal scheduled for discussion at Congress 2015 was criticised at last week’s County Board meeting.

HQ is proposing that a playing panel of 26 players be registered for all senior inter-county championship games by 9am on the Thursday before a fixture.

Teams will also be required to submit their starting team to the referee and to committee in charge at least 20 minutes before throw in. The penalty for starting a player not on the list will also be loss of game.

Erne Gaels delegate Gerry Gallagher was one who felt that the forfeiture of loss of game was far too draconian.

He was also of the view that the central body would be able to force the motion through even if there was grass roots opposition.

Chairman Patsy Dolan outlined the rationale of making the proposal and gave instances of where team panels and team line out didn’t tally with match programmes. This caused frustration and he felt that it was a case of trying to improve the presentation of games.

However he did acknowledge that the proposal would attract opposition and there would be opportunity for that opposition to be expressed over the coming months.

GAA Director General Páraic Duffy in his comments on the proposal said, “There was the realisation that something had to be done to deal with the confusion before some matches.

“At least you know now the 26 players on the panel and this nonsense of some allegedly injured player turning up on the day with number 27 or 28 on his back will have to stop.”

The initiative even if it is accepted won’t necessarily cut out the practice of team managements providing what is essentially a dummy selection in the days leading up to a fixture.