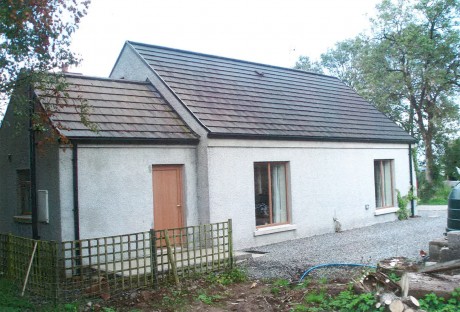 A Lisbellaw farmer has been jailed for six months for the non-payment of four fines totalling over £76,000.

The fines relate to the defendant’s failure to demolish a house on his property built without planning permission.

Adrian James Orr, of Derryclawan Road, Derryclawan has been fined on four separate occasions for failing to comply with a Department of Environment Planning Enforcement Notice, which sought the demolition of an unauthorised dwelling at his farm in Lisbellaw.

The matter first came to the attention of Planning Service in 2008 when they learnt a property had been built without planning permission on Orr’s farm. A number of warning letters were sent out and on September 7, 2010 Orr was served with his first  Enforcement Notice, requiring him to demolish the building.

Orr took the case to the Planning Appeals Commission but it upheld the verdict.

Orr failed to comply with the notice and has since appeared in court on four occasions and fined a total of £76,865. Orr appeared in Fermanagh Magistrates Court on Monday in regards to the non-payment of these fines.

Defence barrister Steffan Rafferty explained that the defendant has made efforts to make payments, but admitted these have been “nominal, quite small amounts.”

Mr Rafferty told the court that Orr is a self-employed farmer, who does not have any considerable income and does not generate much profit from his small farm.

In referring to the payments made the defence said: “He has made an effort and it is as good as it is ever going get for him. He is not in a position to make any additional payments or even commit to a substantial payment plan.”

He continued: “It is a very difficult situation for Mr Orr as the building in question is his dwelling house.”

The dwelling house, situated on Orr’s farm was the conversion of a farm building and Mr Rafferty acknowledged the defendant had moved in without planning permission.

He explained Orr’s son lives in the family home, but if the defendant was sent to prison, would not be in a position to look after the farm in his absence.

District judge Nigel Broderick asked for an update on proceedings and the defence told the court planners required ministerial approval to demolish the dwelling house.

The judge noted this was a complicated case, but acknowledged four previous orders had gone unpaid and that Orr had built the premises and moved in without the relevant planning permission.

In sentencing Orr to the custodial sentence the judge added: “The fines are substantial, but I’m satisfied it all arises from failing to adhere to planning regulations.

“They’re there for a purpose, otherwise there would be great difficulty supervising building work in the area.”