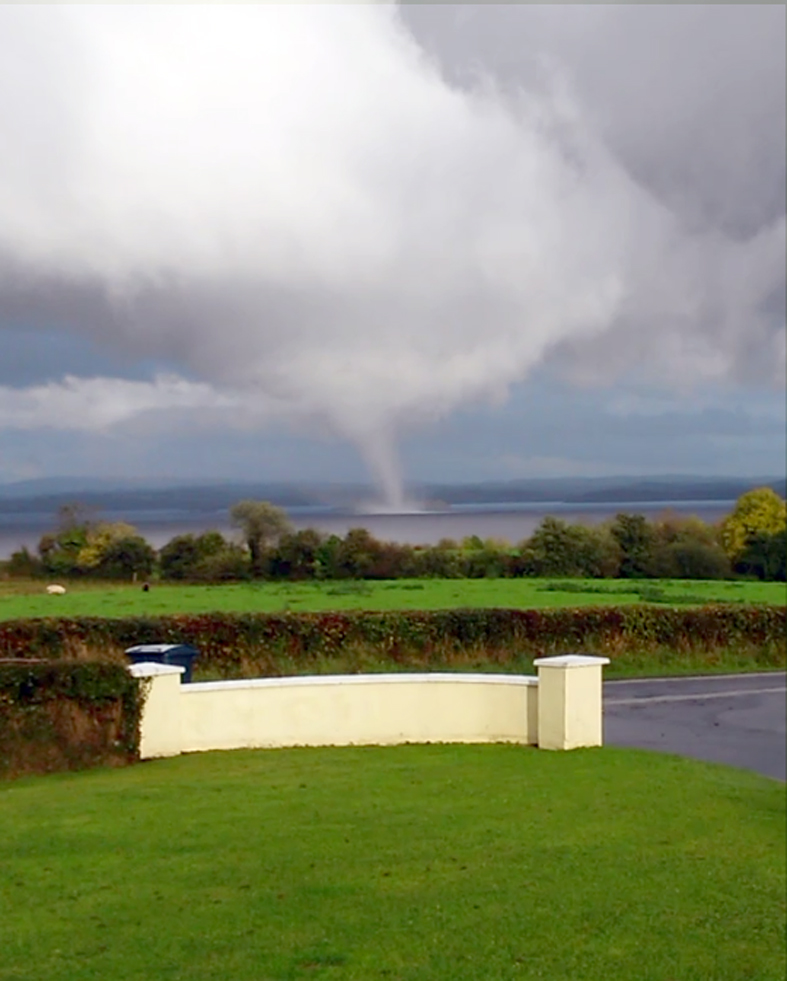 The twister on Lower Lough Erne

A ‘Twister’ on Lough Erne has been captured on camera by a Fermanagh geography teacher.

The dramatic shot of the rotating column of water which is formed by a whirlwind occurring over a body of water, was spotted by local woman Kate Higgins, a geography teacher at St Mary’s Brollagh.

Last Thursday, while at her parents’ house in Churchill, Kate happened upon a disturbance in the water, which soon resulted in the clouds take a ‘cone’ shape which she snapped on her phone.

“There was a heavy downpour and by pure chance I was outside and got a picture,” Kate explained.

“It’s not something I’ve ever seen nor will probably see again. I looked at the lough and thought what’s that, it just looked like a disturbance in the water. I saw that funnel coming down and thought ‘wow’ and got a video of it.”

A Met Eireann spokesman explained that the technical term ‘water spouts’ are quite common in Ireland.

He described Kate’s water spout as a ‘lovely example’ and noted that they occur when there is an instability in the atmosphere and were connected to thunderstorms last week.

The spokesman also said that once heavy winds pass – like those seen on Monday evening – weather in Fermanagh is likely to return to ‘generally mild conditions’. He acknowledged that there will be some heavy rain, but temperatures will sit around 12 and 13 degrees during the day and 5 and 6 degrees at night between now and next Monday.