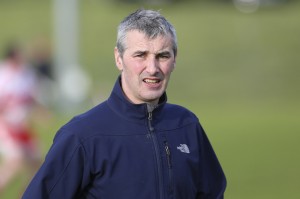 They say that it is winners who write history. Not sure if this is exactly true, but it is definitely fair to say that they enjoy more of the limelight. The fortunes of Roslea and Ederney over the past five seasons is a case in point.

Roslea are going for their fourth championship in that period when they face Teemore in this years decider. Ederney on the other hand have one league title to show for their efforts during this time. That in itself was a terrific achievement for the club, but given the efforts they have put in then you would be tempted for saying that they deserve more. That temptation of course is tempered by the fact that in sport you often don’t get the returns that your efforts deserve.

Looking in from the outside Ederney are a team, and indeed a club who look to have been doing things right. In 2006 they reached a county senior final from division two. It was not to be that day. Promotion to division one followed a few years later and they have now cemented themselves as a consistent top six team in the county. Their graph of progression has been pretty constant.

Iggy Gallagher, who has been with them five years, stepped down as manager following their defeat to Roslea in the semi final. It was obvious he was gutted not to have helped deliver the championship that the club so craves. He says it is time for a new voice. Sometimes that works. When it does the heavy lifting of previous managers is usually forgotten.

This year I considered Ederney real contenders for the title and for long periods of the game against Roslea things were going their way. They learned a lot from their semi-final and were completely vindicated in posting Marty McGrath on the edge of the square to police Seamus Quigley. He kept Quigley to just a point from play. But moving McGrath from midfield meant shifting Declan McCusker from centre forward to the middle of the field and this left their forward line lacking in much of the cut and thrust Declan has provided this season.

They were also without the pace of Niall Maguire in the full forward line and his absence allowed Roslea to focus more on Paul McCusker who was at times treble marked. Such are the small margins and as Gallagher intimated himself injuries played a major factor in Ederney not being able to reach their full potential.

Had that full potential been reached would they have beaten Roslea? In all honesty I doubt it as Roslea look even better this year than they did last year. The best team in Fermanagh over the past five years they have to be thinking of making a real breakthrough in Ulster. Of course that is not to say that Teemore do not stand a chance of winning the New York Cup. Just that they are outsiders and Roslea have to be regarded as the hottest of favourites.

For Ederney their season is over. A long autumn and winter to lick their wounds before they go at it again. Perhaps a new man and a new voice might provide the impetus needed to deliver that Championship victory but they have big shoes to fill as Gallagher vacates the post. But, on the other hand, an Ederney side injury free have one of the best squads in the county.

The other semi final losers, Devenish, do have a league semi final on the horizon but for that squad the loss to Teemore must have been a sickening blow. For the best part of six or seven years Devenish have been a coming team and many thought a Championship title was a case of when not if. They were favourites to beat Teemore yet could not get the job done. Again, they are another team who appear to have ticked all the boxes when it comes to correct preparation but are yet another example of a team where consummate effort guarantees nothing in terms of silverware. They too have picked up a league title in the recent past but given that their last championship triumph was 18 years ago it is clear that this proud club will only have its appetite satisfied when they capture the big one.

Teemore meanwhile have done it again. Relegated to division two they have managed to summon up a championship run from somewhere deep within them. They love the championship and take great pride in being a ‘championship’ team. Whether that will be enough to wrestle the crown from Roslea time will tell. But whatever happens you have to hand it to Teemore. They keep defying the odds and as is the case when a David meets a Goliath they will have a lot of neutral support come final day. Not that Roslea will give two hoots about that.