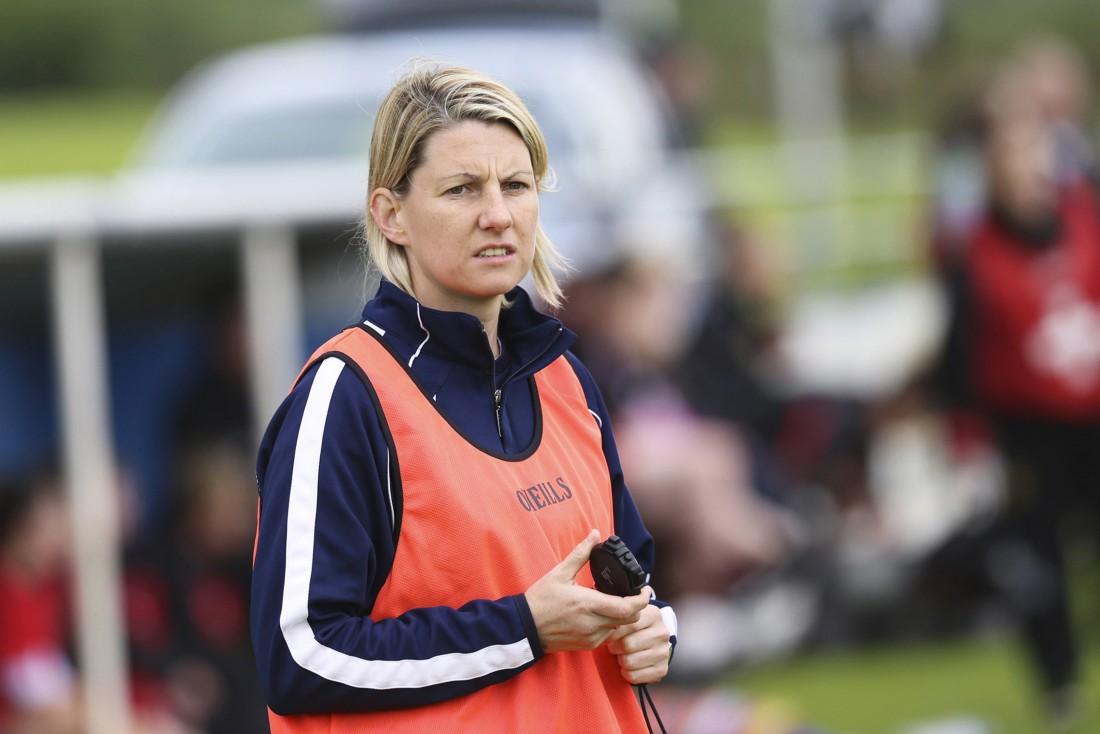 After every game this season Lisa Woods has refused to look beyond the next challenge.

There has been no long term goals of All Ireland glory but instead there has been the quiet determination of a group of girls who believe they have what it takes to compete against anyone at this level.

As she reflected on her side’s achievement of reaching an All Ireland final the manager revealed that her team are really beginning to realise their potential;

“I think I saw the potential in these girls very early on. We did not show it at times but in recent times we have been getting better and stronger with every game. They are playing like a unit and working so hard for each other.”

Woods had major praise for how the younger players have gelled into the team and also for what they have brought to the squad.

“They have come on so much with every game and I think what they are doing too is bringing the older players on as well. They can see what it means to the older players and it is rubbing off on them. Playing for Fermanagh and doing well means everything to this group of girls. They are determined and very focused and they train very hard and play very hard.”

Reflecting on the win over Roscommon Woods stated that she really saw the work that was being done on the training ground come into her side’s play although she admitted it was nip and tuck early on.

“I think to be honest there was an element of nerves and I think in any game in the first half you are feeling out the opposition to a certain extent but I thought in the second half we were very good. We started to drive forward from defence and we have been working on that in training and you could see the training ground work really coming into our play in that second half and there was a real confidence that came into our play too.”

With just over two weeks until the final Woods said the team has ‘plenty of time to prepare.’

“We wanted the girls to have a few days and really enjoy the win and savour it but it is back to the hard graft on Wednesday (tonight) because we are determined to be at our best in this final.”

That game against Down will be played on Sunday September the 28 as part of a triple header in Croke Park. Sandwiched between the Junior and Senior finals Fermanagh will play in their second Intermediate All Ireland final in just five years.

That day in 2009 the Erne girls came up just short with a real feeling that a slow start to the game was to be the team’s downfall. Woods, however, has not yet begun to think about he Croke Park factor;

“We haven’t really thought that far down the line yet. But what we will be saying is that this is Croke Park which is just a pitch like any other pitch in the country and that we have a game to play and a game to win. I know that if the girls are in the right frame of mind that once we get to that 20 minute mark still in touch there will be no stopping us.”

The Erne faithful will hope that Woods is right and that she can conjure up an even better performance that the sublime show put on by her team against Roscommon.