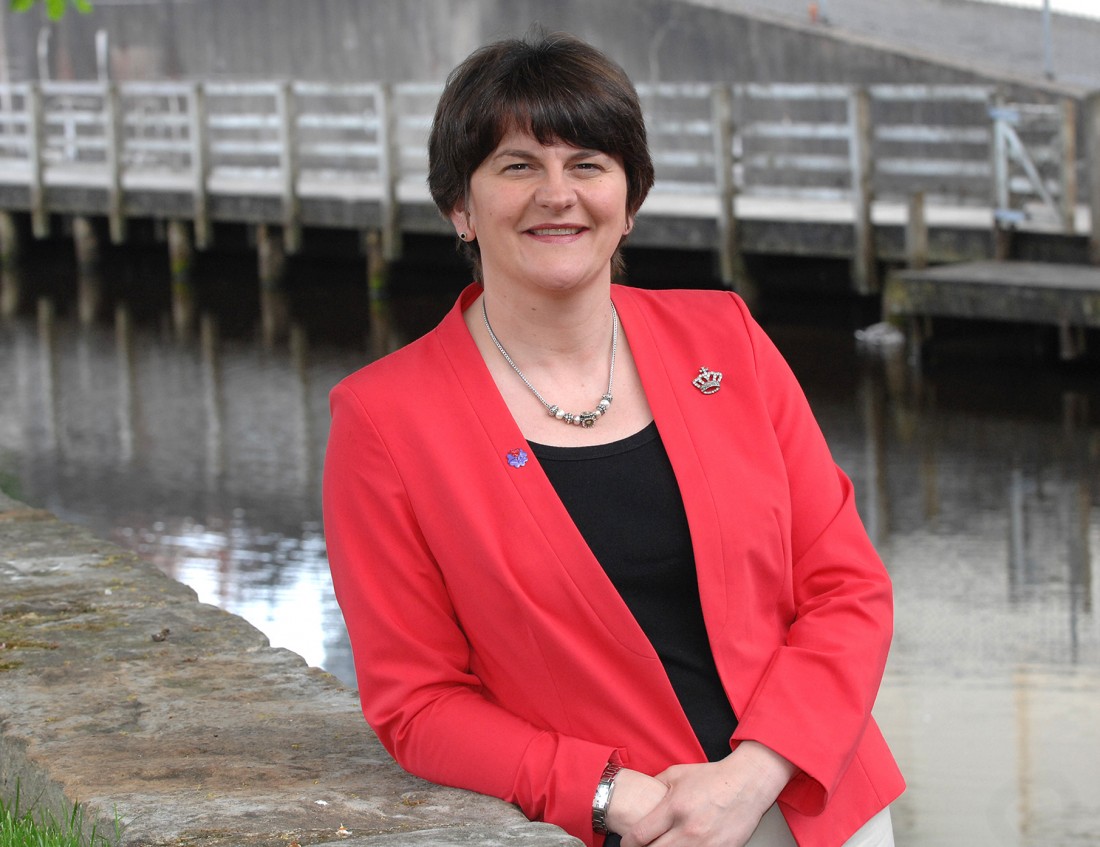 Arlene Foster brought a motion to Stormont on Monday

ANY DECISION in regards to education at Portora Royal School and Enniskillen Collegiate will be made on the needs of children and young people, not institutions.

That is the message from Education Minister, John O’Dowd who was speaking in response to a motion tabled by Enterprise Minister, Arlene Foster in Stormont on Monday.

She led a heated Assembly debate on the proposed closure of the Collegiate Grammar School and Portora Royal School in Enniskillen, and the creation of a new co-educational school.

Mrs Foster tabled a motion for the  Education Minister to reject the proposals and seek consensus on the future of the schools with broad community support.

The motion was passed following the defeat of a Sinn Fein amendment to include provisions of a ‘new build’ for Devenish College.

That doesn’t tell the whole story, however.

It was revealed that neither boards of governors at Portora and Devenish College had been consulted regarding the motion.

One member noted emails had been received from both chairs of the Board of the Governors, Rev John McDowell (Portora) and Alex Baird (Devenish) confirming that they had not been consulted by the proposers of the motion.

In the debate itself, Mrs Foster questioned the merit of closing two ‘highly successful’ schools.
She submitted that any decision on a new school for Devenish College should have no bearing on the future of Portora and the Collegiate, and she also highlighted issues around a new co-educational school.

“It is not an amalgamation”, she insisted, “and there is no guarantee even what the name of the new school would be.

“There has been absolutely no public accountability in the procedures to date. To date, the approach of the Western Board and those who support the proposals seems to be that consensus cannot be found so, therefore, you simply proceed ahead despite huge opposition from across the community in Fermanagh.

“That opposition includes, but is not limited to, a 7,000 strong petition I presented to the Assembly back in June.”

In response to the motion, the Education Minister John O’Dowd commended the staff and pupils of the schools on their excellent exam results this year.

He explained that he could not comment on  the development proposals as the consultation period had ended. He did not vote on the proposal or the amendment.

He stated: “I fully understand how much the proposals mean to people, and I will not take a decision until I have had time to consider the full facts and the range of opinions expressed.

“What I can say is that my focus will be on the needs of children and young people, not institutions.

“My vision for education here is that all our young people, regardless of their personal circumstances or whether they attend a grammar or non-selective school, have the opportunity to reach their full potential and are encouraged to do so.

“That means that we must have a network of schools, sustainable in the long term and capable of providing a quality education across a broad and balanced curriculum.  They must be financially viable as well as educationally sound.”

Enniskillen Collegiate Grammar School principal Elizabeth Armstrong said she and those at the school were delighted  with the motion tabled.

“These development proposals and the wider WELB process within which they sit have failed to command the consensus and broad community support which we have always stated must be at the heart of any solution.  The public has totally lost faith in a divisive process which sets one school against another.”