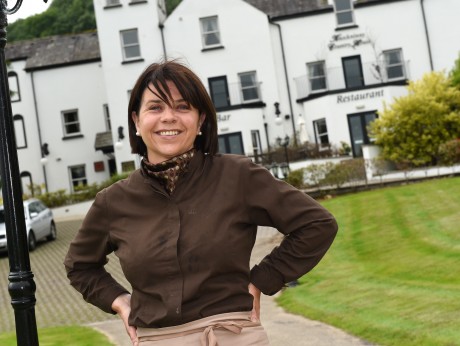 WHEN it comes to tourism, it’s often said that Upper Lough Erne is the poor relation compared to the better known Lower Lough, but now it seems efforts are being made to set things right.

The last 13 months have seen a new tourism centre set up in Lisnaskea that covers the upper lough – the result of which has included 2600 staying or visiting the area.

“Having the tourist office means that people know what is going on in the area when they have the area, without having to go to Enniskillen to get that information.

“They can get the information from us and go to it that day. That means instead of passing through they are staying and spending money in the locality.

“The reaction has been really positive. Businesses think it’s needed – and they hope we’re a good tool to help them in the future. We know it’s not an overnight thing by any means – tourism can be a slow burner, but we’re hoping we can grow and grow.”

The association has been working on providing information on services, goods, local contacts, and events promotion.

They have held successful new events have been delivered including: Christmas market over five nights, The Upper Lough Erne Pike Festival and Islander Festival.

They are currently working on the Kingfisher Challenge, a cycle event to raise awareness and promote the Kingfisher Cycle Trail and challenge all levels of cyclist; and attractions map, brochure and promotional videos for the area, heritage trails and exhibitions for next year – as well as a Christmas market this year to coincide with the Christmas lights over three nights.

And, businesses in the area are keen that potential continues to be realised in the Upper Lough area.

Gail Clarke has owned Knockninny Country House, a four star guest house that incudes self catering, private marina and acts as a wedding venue, since 2004.

“We came here because of the beautiful location – I wanted to get into the hospitality industry. Upper Lough Erne really hadn’t anything to offer at the time for either boaters or guest accommodation.

As for business over the summer months, Gail explained: “Summer would be the busiest time. This year has been very good in terms of night stays – but it terms of boat traffic it has been very poor. That’s probably been getting worse over the past three or four years.

“We’re more or less fully booked for the summer including a lot of weddings.”

The family-run business was bought by Tanya’s father 20 years ago, and at the height of the season employs up to 20 staff.

“We would offer food, a bar and restaurant – we have eight rooms. It would be budget accomodation and would cater a lot for fishing holidays, pike in particular.

“The season for us would start from Easter on. It was a slow start this year but we’d be quite busy at the minute. The holiday period with the Twelfth and when the schools broke up, it’s been very busy every day.”