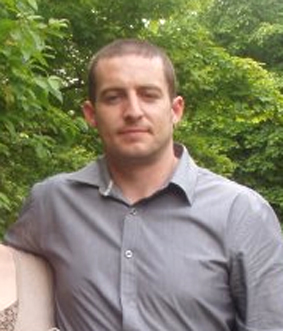 Ciaran O’Doherty was described as a ‘popular’, ‘hard-working’ man

TRIBUTES have been paid to the popular Belleek father who drowned tragically over the weekend.

The body of 33-year-old Ciaran O’Doherty, who was living in Belfast but understood to be in Belleek visiting his family who live there, was recovered on Sunday evening.

He has been described as a ‘popular’, ‘hard-working’ man who ‘you could always have a laugh with’.
Ciaran is understood to have been fishing on Saturday evening on the River Erne near the Carlton Hotel in Belleek. His jacket was found on Sunday afternoon, which resulted in a search effort by emergency services. His body was recovered at around 6pm on Sunday.

Police confirmed that the death is not being treated as suspicious and a post-mortem examination was due to be carried out, with the body of the deceased expected to be returned to the family yesterday, evening, Tuesday.

SDLP Councillor John Coyle, who knew Ciaran, described him as a ‘genuine’ person.

“It’s devastating to lose such a young man in tragic circumstances,” John said.

“He was a loving father, partner, son and brother. He was a very genuine fella, hard-working – you could always have a laugh with him when you met him.”

Belleek Sinn Fein Councillor, John Feely, had previously lived a few doors down from Ciaran, and gave a glowing report of the deceased.
“He was a neighbour of mine and I’ve known him a long time. He was a fierce nice, modest, quiet fella. He was well-liked in the area,” said John.

“There is a sadness, it was a big shock. The whole community is shocked and saddened by the whole the thing.”
John added: “No words can cover it, but I would express sorrow and condolences.

“They’re a well-known, well liked family who have been living here for 30 years.”

The funeral of the much-loved father, son, and brother is to take place in St Patrick’s Church, Belleek, tomorrow morning, Thursday at 11am.