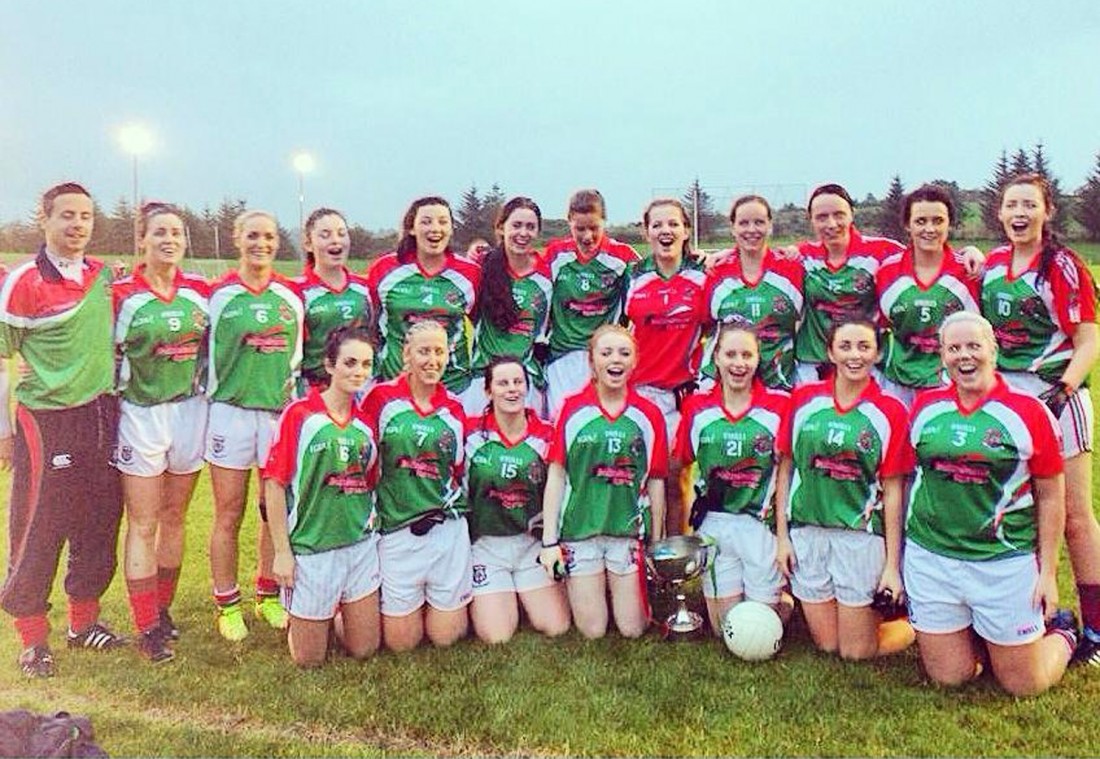 The scoreline suggests a straightforward victory for Lisnaskea but the first 20 minutes of this encounter were tight with the Emmetts not making best use of a lot of possession.

“We found it difficult at the start. I think to be fair it might have had a lot to do with nerves. We had a lot of young girls between 14 and 17 playing and some playing in their first championship final so I think it took us a while to get settled,” their manager, Aidy Little explained.

When they did get settled however it was clear that there was only going to be one winner especially given the fire power they possessed in attack. In the first half it was to be the fleet footed Cliona McEvoy and Caroline Little that did the damage.

The youthful McEvoy was a menace all night and she swooped for the games first goal to put some daylight between the teams.

Those two goals were enough to bury the game. Brookeboro were already fielding a very young side and were missing five regular starters and they simply did not have enough strength in depth to deal with Lisnaskea once the Emmett girls hit their stride.

For the losers Aisling Moane at centre half forward tried manfully throughout and hoisted over a number of scores while Shireen Breen was also a threat in the corner. Farther back Derbhla McManus at full back and Shauna Mcmanus at wing half back impressed.

For Lisnaskea they came out in the second half and really made their dominance pay as they continued to keep the scoreboard ticking over.

Sharon Little hit three points while sister Caroline banged in a another goal to go with a half dozen points she registered. Michelle Trotter was also in fine point scoring form for Lisnasakea as she slipped three shots over the bar.

Claire Woods at wing half back and Aine Martin at full back stood out for the winners with the ever reliable Tara Little also much to the fore.

For Lisnaskea now they have a long wait until they play their next game.

“We are not out until the 5th of October which is a long time. So it will be difficult with such a break but the girls are enthusiastic. As I said we have a lot of young players in the side and we are rebuilding so we are happy with the win and we will look at Ulster when the time comes.”