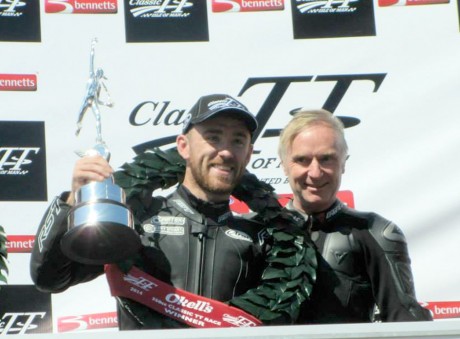 Fresh from his podium finishes at the Ulster Grand Prix Maguiresbridge rider Lee Johnston was back in action this week in the slightly different form of the Isle of Man Classic TT.

A relative newcomer to classic racing Lee had a successful weekend culminating in a win yesterday. Originally scheduled for Monday, but run yesterday due to the wet weather Lee came home in first place in the Okells 350cc Classic TT in a new lap record.

Lee finished ahead of Alan Oversby and Roy Richardson in second and third respectively.

Just last week Lee confirmed his plans for the rest of the season. Following the classic TT Lee will compete in the British Supersport championship at Donington and possibly Assen.

Then he will move onto the Gold Cup at Scarbrough before finishing the season off in Macau.

Lee was the Fermanagh Herald Sports Personality of the Month for May after his two wins at the North West 200 this year. 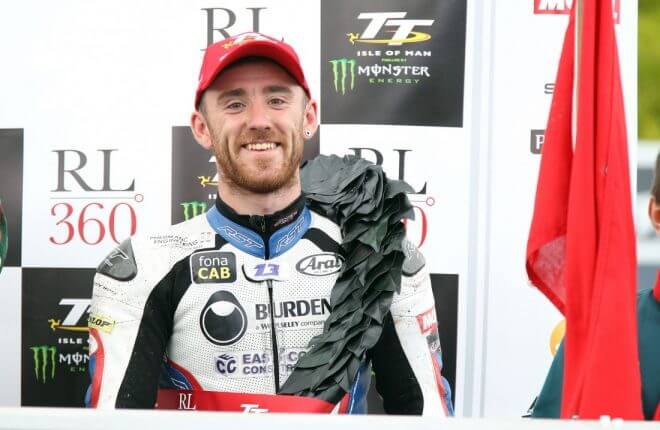