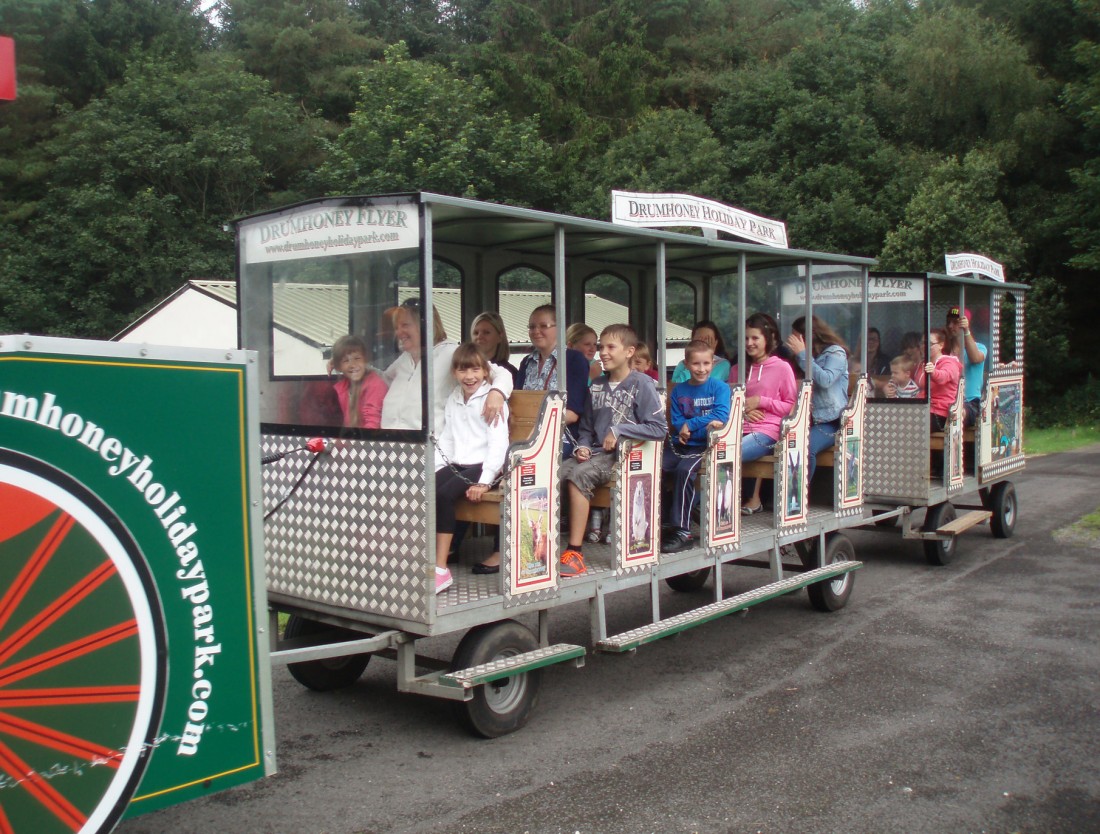 The Drumhoney Flyer in action recently at the Chernobyl Fun Day

TWELVE children and five adults were injured after an early morning train crash at a popular local holiday spot.

On Sunday morning at Drumhoney Holiday Park in Lisnarick, their mini-train the ‘Drumhoney Flyer’ overturned during one of its regular excursions around the caravan park.

The injured were treated for minor injuries at the South West Acute Hospital before later being released. The popular train has been in operation for seven years and runs twice a day in addition to work at charity events, such as the recent St Michael’s Parish fun day. The train consists of the main engine and two carriages and can carry up to 22 passengers at one time.

Evelyn Bradshaw from Drumhoney Holiday Park, explained the incident had been “blown out of proportion.”

“Basically there was a slight accident when people were on the train and we sent for the ambulances to make sure everyone was OK. They were all released from hospital within an hour and a half with only scratches and bruises.”

At present the cause of the crash is unknown, with the matter under investigation by Fermanagh District Council and the Health and Safety Executive.

Speaking to the Herald Evelyn stated her relief that no-one had been seriously injured in the incident and expressed her gratitude at the support received in the aftermath.

“I think it’s just one of those things, it was unfortunate. I think it has been blown a wee bit out of proportion.
“It hasn’t affected business at all, we have had a lot of sympathy calls and a lot of support, especially from our regulars and we’re very grateful for that. Nothing like this has happened before and we will make sure it doesn’t happen again.”

“I am really relieved to hear that no serious injuries were sustained in this accident and I sincerely hope that everyone involved makes a full recovery.

“This train provides much enjoyment to many people throughout the county and is a real treat for children in particular. I know the owners are a great family and are great at supporting charity and community events.”