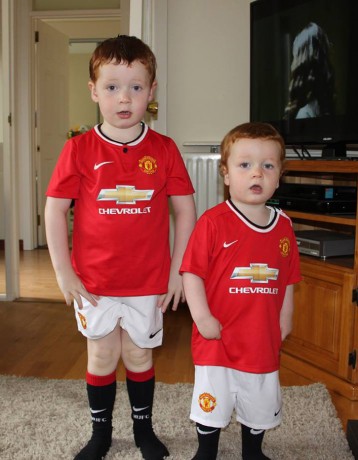 LUCKY Enniskillen United fan Sean Martin was one of thousands to capitalise on a Manchester United website blunder that saw the side’s new Premier League kit go on sale for way below asking price.

The mistake, which saw fans able to pick up a replica shirt for around half the normal cost, happened on Thursday past.

And United fan Sean was all to happy to bag three shirts: One for himself and his two nephews ahead of the new season.

The replica shirt normally retails at around £52 – but the website error saw them being sold for a mere £22.

Sean, 27, was up at 4am to watch the reds take on LA Galaxy in a pre-season match when he read on Twitter about the shirts going on the cheap online.

“I clicked on the website and ordered the tops, and paid through PayPal as I wasn’t sure whether it was some scam,” Sean explained.

“The early bird catches the worm though so lucky I got them, and I saw other ones who managed to get boots and tops all at the discounted price.”

Sean wasn’t sure if the site would honour the deal – but they did.

The other two shirts were for his nephews Sam, 18 months, and Max who is three.

The lifetime United fan is moving to England, and has a season ticket in hand for the coming season. He’ll be hoping the side’s luck is in, as he was, after a dismal season under David Moyes.

“Van Gaal says the right things and has them playing better although it is only a couple of pre-season friendlies but still you can see the changes already,” Sean said. 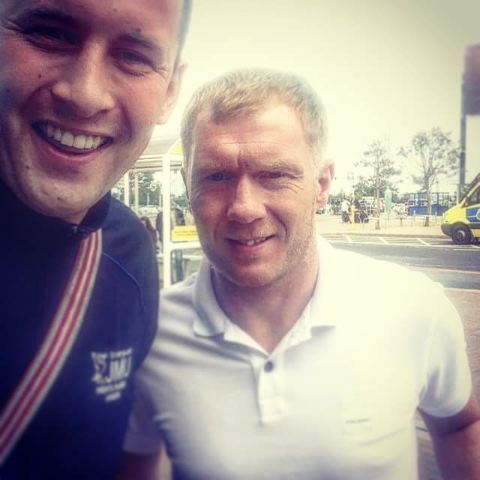 He was notoriously shy as a footballer for Manchester United, but Paul Scholes has no qualms stepping in for...