ENNISKILLEN’S new innovative emergency help points have been activated a whopping 342 times in just three weeks during the month of June – but it is believed that none were in an emergency situation.

Among these 342 activations, seven were people looking for general information, including directions to shops, restaurants and taxis. The vast majority of these “emergency situations” occurred at night-time or in the early hours of the morning where “high spirits have been involved”, a spokesman for PCSP confirmed. The CCTV Monitoring Centre also found that the “novelty factor” of the devices attracted people to press the red buttons and walk off. The highest percentage of emergency point activations was at The Diamond with 42 percent of all calls received from this point.

The sham help calls have been criticised by local councillors who urged people to use the service only if there is an emergency situation.

The CCTV Monitoring Centre confirmed that 190 of these activations came from The Diamond area, prompting speculation that the emergency points are being abused by night-time revellers and teenagers.

Fermanagh Policing and Community Safety Partnership (PCSP) secured £20,000 from the Assets Recovery Community Scheme (ARCS) and £5,000 from the PSNI to install the communication devices to improve public safety. Anyone using the help point can be seen by the town’s CCTV controllers who can speak directly to them.

SDLP councillorFrank Britton called on police to take action against those who are violating the emergency system.

“It sounds like a lot of people are treating them like a joke but they need to realise they have a purpose which is to give assistance to someone in need,” he stated.

“They think they are having a laugh but I suppose it defeats the purpose of these help points. If this keeps up I’m sure they will be reviewed as to whether they should be kept there at all.

“Some night someone in need is going to be disappointed. It’s too bad people can’t respect them and give them a fair trial of what is a new innovation.

“Will these people who are setting up a false alarm be spoken to by police? That’s what needs to be done.

“If people will abuse it police will have to consider responding and get it through to people this is not a joke. These devices should be treated properly and not in a cavalier way, it is a blatant disregard for people who genuinely need help.”

Enniskillen is the first town outside Belfast which has received the devices. They are designed to help people report disturbances, vandalism, unattended packages, anti-social behaviour and suspicious activity.

However, DUP councillor Keith Elliott described the fake calls as “careless and irresponsible”.

“With such a large number of activations in the first few weeks it would seem that these help points are being abused by a small number of people in the area,” he explained.

“This is careless, it is irresponsible and it is a waste of resource and I would urge those engaging in this activity to desist from it immediately.

“These help points are for the safety and well-being of the whole community. They are here to help people in genuine emergency situations and should provide peace of mind to the people of Enniskillen and visitors to our town that if you need assistance, help is nearby.”

Speaking at the launch, the Justice Minister stated: “These will integrate particularly well with existing services and will help reduce the fear of crime and encourage more people to visit Enniskillen town.” 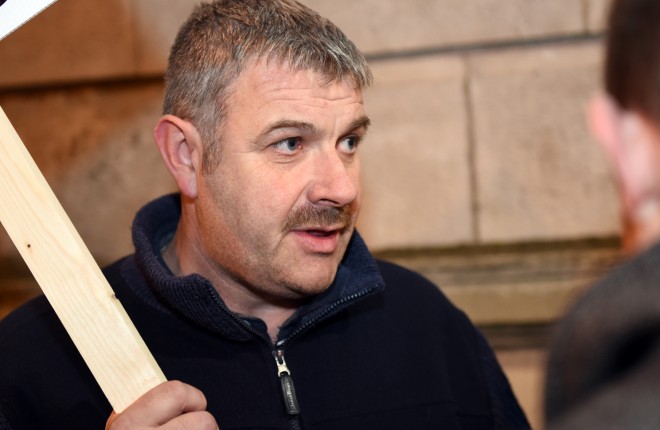 Crawford set to be a “fearless and unapologetic” voice

The Chairman of the Traditional Unionist Voice in Fermanagh has urged “all voters” to support the unionist unity candidate,...