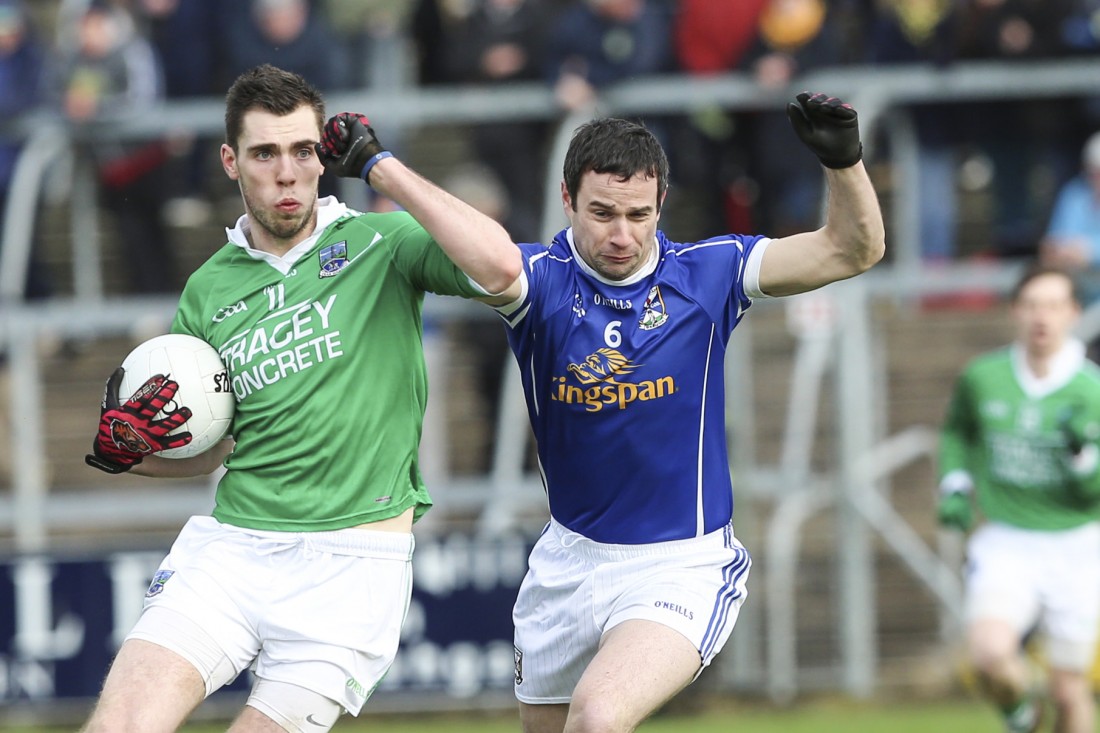 I have often said it in the past, there is a portion of Fermanagh GAA people who are evenly weighed down with chips on each shoulder. The world is against us according to some. Small population and lack of tradition are just two reasons constantly put forward to explain our lack of success. We also have an unhealthy obsession with winning an Ulster Title.

We allow the fact that we have never won an Anglo Celt to define has as a county, as if winning one in the distant past would somehow make us feel better about ourselves. The reality of inter county football is that success is measured by more than just silverware. And success for this Fermanagh team would be to garner an Ulster Championship win. The last win was 2010.

A footballer and by extension a team has to strive to be the best that they can be. That doesn’t mean you will be laden down with cups by the end of the season but it does mean that you should not be barely staying afloat in the waters of mediocrity either.

Fermanagh should beat Antrim. Yes, the Saffrons are dangerous and if they are let play they will cut you apart but Fermanagh are a better team. Without wandering into arrogance or complacency Fermanagh need to stick the chests out and play with a bit of swagger. We have some cracking forwards and with a tad more discipline and adherence to a system of play we can be much more frugal at the back too.

OK, I don’t think we can win Ulster but we can improve. We can build. We can look to set promotion to division two as a realistic goal for next season. We can look to start winning championship matches again and that should begin this Sunday. Fermanagh should play with a confidence bordering on cockiness on Sunday. And let the shackles off.

As an underdog the focus is always set on the first twenty minutes of the game. Antrim will be coming to Brewster Park looking for a big start. The ridiculously long gap between league and championship will have allowed Liam Bradley and his management team to treat the year as having two distinct seasons. One, the league, is over and consigned to the wastepaper basket of history. The other, the championship, has a whole host of new possibilities. They can paint the picture that the Antrim team that steps onto the grass this Sunday are a different team entirely to the one who failed so miserably in division four of the league.

The players can really buy into this notion too. And in so doing they will want to start in whirlwind fashion. For Fermanagh they need to set doubts in the Antrim heads early on. Despite all the positive talk that Antrim have indulged in the reality is that if Fermanagh can get off to a good start the negative memories of the league will come flooding back for the Saffrons. The opening quarter of this game is going to be crucial. If Fermanagh get off to a flyer they can stamp on any Antrim dreams before they can take flight. On the other hand if Antrim start well their confidence will grow and they will become even more dangerous as the game progresses.

Speaking to a host of inter county backs this year they have all said the same two things about how the black card has changed their game. The first is that because it has stopped players stopping the runner further out the field the ball is moving a lot quicker into the forward line. This means there is less time to filter players back and has created many more one on one situations between defender and forward. The second consequence of the black card, and this is what defenders are saying, is that it has put a much greater focus on sound tackling.

No longer able to bank on a swarm of help defenders are having to tackle much better one on one and the feeling is growing that it is much easier to deny possession to the forward than try and take it off him once he gets it. The massed defence of recent years actually lead to a situation where teams were conceding possession to a certain point on the pitch and then tackling in numbers.

Fermanagh will no doubt drop Lee Cullen back into the half back line to allow Ryan McCluskey to sweep in front of the full back line while Antrim will adopt a similar tactic with Mark Sweeney. But even with these game plans the match will be much more open than we have seen in previous years, despite what we saw in Celtic Park at the weekend. There will be more one on one match ups and in that regard Fermanagh defenders are simply going to have to win their own personal battle. If we win four out of six we will win the game.

Time to sparkle up front

Fermanagh forwards have been much maligned over the years but there is no doubt that this season they have been the strongest part of the team. Their scoring has been excellent although at times their tackling and work rate off the ball has lacked what is needed at this level. However in the last three games of the league this aspect was considerably improved and without any negative affect on the scoring charts.

Fermanagh have a lovely balance in the forward line. The hugely underrated Paul McCusker is a real plus this season. His ability to win breaking ball and all round football brain has added a lot to the team while Ryan Jones has been devastating at times in his centre half forward role. Inside Tomas Corrigan and Sean Quigley are both potential match winners and if Barry Owens lines out at full forward he is guaranteed to cause consternation in the opposing defence.
We have plenty of diamonds in the front six. It is time for them and this Fermanagh team to shine.