Advertisement
HomeHeadlineFermanagh carers ‘not getting the credit they deserve’: councillor
Advertisement 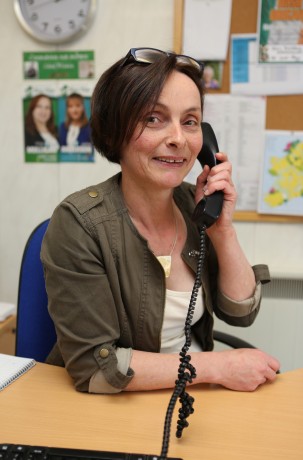 THE pay and conditions for carers in the county is not good enough for the ‘indispensable’ role they play in the community.

Local Sinn Fein councillor Ruth Lynch believes something must be done to improve things in terms of the conditions of pay for carers within the county and has the backing of her fellow councillors.

The councillor called them ‘indispensable’ and after a meeting with Mr Vincent Ryan and Mr Alan Corey Finn of the Western Trust told last week’s meeting of Fermanagh District Council she didn’t have any hope there would be much change in the conditions.

“I think this has to go to the Minister,” she explained and asked that acting chief executive Robert Gibson contact the local MLAs in order to bring the issue to the floor of the assembly.

“It won’t be long until we don’t have the carers,” warned Ms Lynch, “they’re already thin on the ground and we don’t appreciate them enough.”

The councillor suggested a cross-party approach and a meeting with local MLAs as soon as the election process is complete.

“I feel we’re talking to the wall here and need a bit more power.”

Independent councillor Bernice Swift fully supported the move and proposed it be treated as a matter of priority.

“I think anybody on the receiving end of carers know they can’t be done without.

“There is not enough being done at Stormont level.”

Sinn Fein’s Stephen Huggett explained he was shocked to learn that those who train carers in Fermanagh get less pay than those in Belfast. Mr Huggett quoted figures of £12.50 per hour and £10.75, highlighting a significant difference.

“Carers in Belfast have a relatively short travel time, but seem to get more money, it looks a complete mess.”

Fellow councillor Brian McCaffrey said there was no choice, but to go to the Minister, while council chair Alex Baird stated that wages for carers in Fermanagh should be higher in rural areas due to the increased travel.

“It is a real matter of urgency,” according to UUP councillor Rosemary Barton, while Martin McGovern of Sinn Fein referred to a local woman who applied for help looking after her ill husband, but who was in turn offered an ‘insult’ of an offer.

“The carers’ goodwill is being exploited, they are going above and beyond,” he added.

SDLP councillor Frank Britton highlighted the issue of a lack of travel allowance for carers and asked for clarification from the health trust on pay rates and transport rates that home helps get.

UUP councillor Raymond Farrell endorsed the admirable job done by carers often in the worst of conditions and stated they ‘don’t get the credit they deserve’.

It was agreed that the local MLAs would be contacted after the elections to see how the issue can be brought forward and that a break down of current travel rates of pay for home help be requested from the Western Trust.