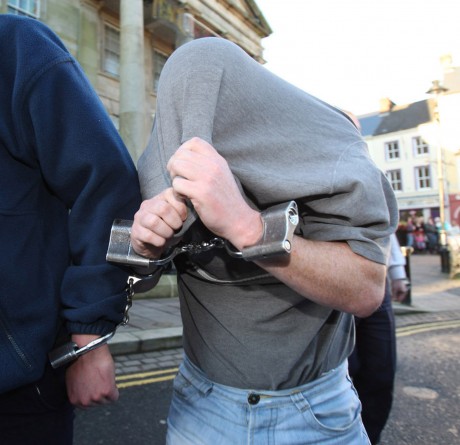 BARRY McCarney, convicted of the murder and sexual assault of Enniskillen toddler Millie Martin back in December 2009 has had his appeal put on hold.

McCarney’s challenge to the 25-year prison term conviction was due to be heard by senior judges in Belfast last Wednesday, but the case was adjourned due to issues over transcripts from his trial.

On December 4, 2012 Barry Michael McCarney, formerly of Trillick was convicted of the murder, grievous bodily harm and sexual assault of Millie Martin after an eight-week trial.

The toddler died in December 2009 following her admission by McCarney to the Erne Hospital, Enniskillen with serious injuries.

She had sustained multiple fractured ribs, heavy bruising and a burnt finger.

The court heard that the defendant had been found guilty of breaking seven of Millie’s ribs by using a force equivalent to that of a significant road traffic accident.

Those fractures were sustained some weeks before her death. On the day of her death, Millie sustained multiple bruising in the genital area.

Her head also impacted on a hard surface causing severe bruising to her brain and irretrievable and fatal damage to vital structures in her skull.

The judge said the defendant was a deeply manipulative individual, devoid of any regard for social norms, the ordinary human obligations to a vulnerable child, or the consequences for Millie’s mother and her extended family.

He added that the defendant had no insight or remorse and had demonstrated himself to be a violent individual.

McCarney’s legal team are to argue that he was denied a fair trial, based around interpretations of the Domestic Violence, Crime and Victims Act 2004 which featured in the case.

Defence lawyers are expected to contend that an application at trial for a no-case-to-answer ruling was wrongly delayed until after all evidence had been heard.

Lord Chief Justice Sir Declan Morgan, sitting with Lord Justice Coghlin, yesterday confirmed the hearing could not proceed without all the transcripts.