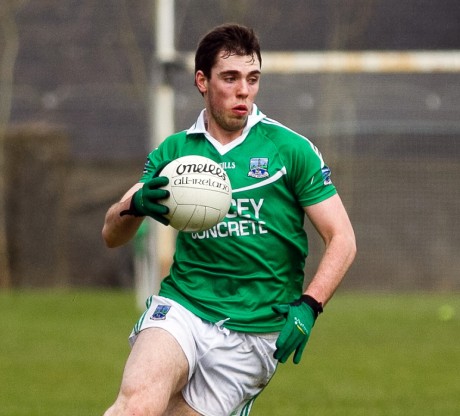 The fact Fermanagh were able to snatch a draw at the death had a lot to do with the performance of Ryan Jones at centre half forward.

The big Derrygonnelly man was in super form throughout and finished the game with 2-04 to his name.

His goals both coming from rampaging runs through the middle but Jones was a little perplexed after the game by what he saw as a lacklustre performance in general.

“I don’t know what to say to be honest. We stole the draw and Offaly are bottom of the league so we should have been coming out with a win,” he explained before adding:

“We have been inconsistent and that has been the case in a lot of the games during the league. We have had our good spells but then we seem to fall asleep and switch off and we need to get more consistent.”

And Jones believes he sees something of a pattern in that Fermanagh lose concentration after they enjoy a good spell or good passage of play.

“It especially happens when we get a good score we seem to let the other team come up the pitch and get a score so we need to sort that out for the championship,” the Harps man said.

But the double goalscorer did concede that the fact his team came back to force draw was a good sign yet he rubbished the notion that being short a few players from the previous week could be used as an excuse for the team not playing to their best.

“We didn’t want to lose the last game at home and we did steal the draw but at least we kept on fighting. There was a few boys out but we expect for boys to come in and put pressure on the boys who are out. We want the squad to be competitive so we can’t use the fact that we were missing players as an excuse.”

The side now have a long wait until their next game against Antrim in the Championship on June 1 but the Derrygonnelly man believes that the wait should not be a problem and is more concerned about the possibility of injuries being picked up in club games.

“It is a big spell without a game for the county and we just have to be hopeful that we don’t pick up an injury in the club football but Antrim are in the same situation as ourselves, they have the same wait.”

The Queens University student is wary of the threat posed by Antrim and believes they have the potential to be a much better team than their league form as demonstrated to date.

“I know they didn’t get out of division four but looking at their teams every week they are very strong and we can’t underestimate Antrim on the first of June. They are coming in under the radar having not gotten out of division four but we played them last year in division three and we got a draw and we thought they were a very good team. If you look at their players, the McCanns and CJ McGourtey they are going to be a big opposition.”