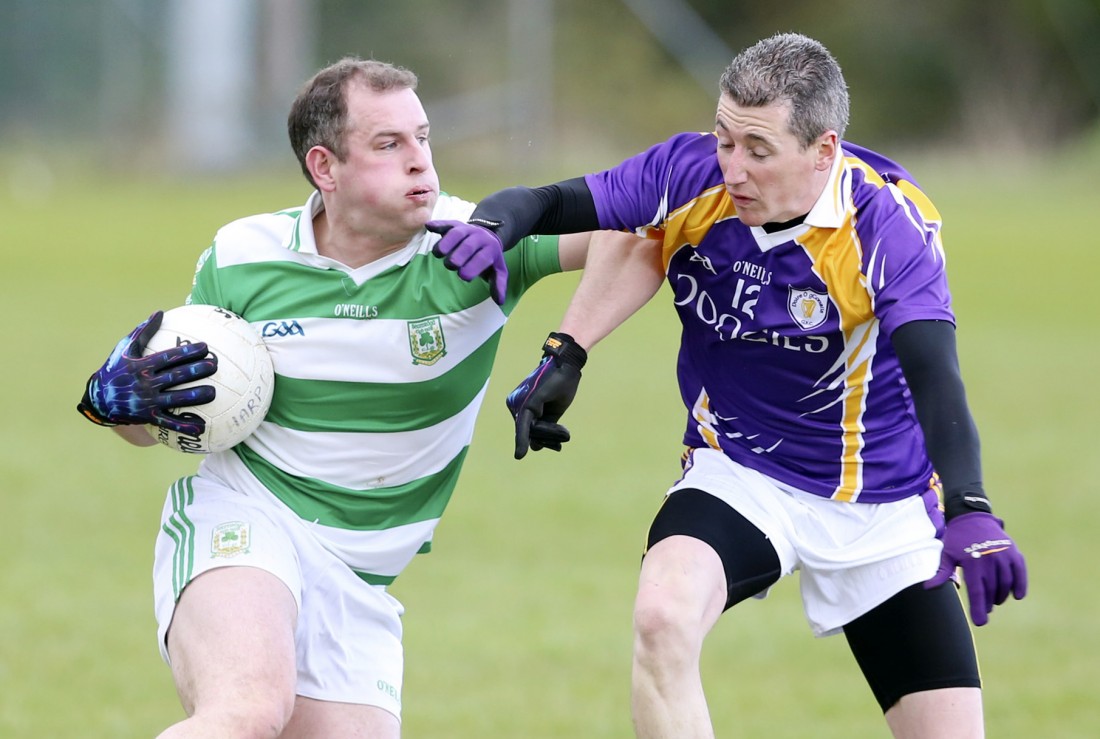 With his third point from open play Conal Jones hauled visiting Derrygonnelly level though Teemore did have a late opportunity to win this opening round tie when they were awarded a reasonably placed free with time almost up.

The chance to pinch the win however was fluffed by the normally accurate Eoin McManus and in the end honours even was a fair enough result to a contest which had been slow to get up and running.

The first half was decidedly first game of the season fare with neither side being able to lift the quality of their respective games. There was however the fact that the sides were cancelling each other out and at the break they were level on four points each.

The intensity and standard of the play did pick up to some degree after the changeover and there was to be a lively enough tussle from there to the end. The lead was to change hands on a couple of occasions but neither side was able to gain a significant grip and in the end a draw was a suitable enough outcome.

Derrygonnelly did begin brightly enough with early points from Kevin Cassidy and Ryan Jones but Teemore bounced back with their best spell of the half and ran in for a four point spree, veteran Declan Fitzpatrick on the mark along with Eoin McManus and Joey Donegan.

Towards the end of the half Derrygonnelly did edge back and with Paul Ward their sharpest in attack they pegged back the deficit, Ward fouled on two occasions and converting the placed kicks.

Livelier on the restart with the teams exchanging point before Teemore again edged ahead with two more scores from Fitzpatrick and Hugh Brady, the latter’s score a well struck effort from distance.

Derrygonnelly then struck for the first of what was to be the game’s two goals, approach work from Ryan and Michael Jones prising out the opening and Paul Ward was on hand to finish off.

Eoin McManus levelled but again Derrygonnelly crept out into the lead with Ward again on the scoresheet with two frees before Teemore struck back with a penalty goal that was absolutely hammered home by Eoin McManus with the game moving into the final minutes.

A dramatic enough finish with Ward levelling, Ryan Maguire pushing Teemore back in front and Conal Jones hauling the sides back on terms.

For Derrygonnelly, veteran Kevin Cassidy again was a reliable outlet up front  with Paul Ward showing great hunger and Conal Jones with his trio of points from play was always a bright figure. Back in the Harps defence, Michael Jones was a steady presence.

For Teemore, Declan Fitzpatrick was always alert in the front line of the attack and like Cassidy was always a reliable outlet. Declan Reilly did solid work in the middle of the park for the Shamrocks and Eoin McManus supplied most of the finishing touches in the attack.