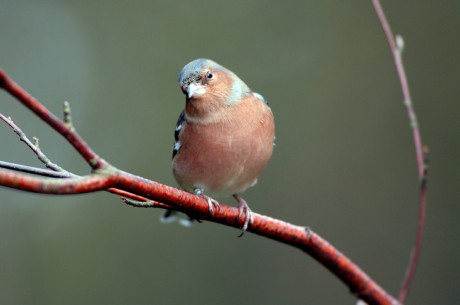 RESULTS… According to the RSPB survey, the Chaffinch is the most popular bird in Fermanagh

THE most common bird in Fermanagh is the chaffinch, according to the results of a RSPB survey.

Back in January almost half a million people across the UK took part in the biggest wildlife survey in the world organised by the RSPB.

Now the results are in and the data collected by birdwatchers across the province has revealed some interesting trends.

Of the 127,700 birds counted, house sparrows were the most commonly seen across Northern Ireland but it was the chaffinch who was spotted most in Fermanagh.

Despite the wet and windy conditions during the two-day bird watch, these cheeky little birds were spotted in 87 per cent of local gardens and green spaces.

House sparrows were forced into second place but, while the species remains rated ‘amber’ on the Birds of Conservation Concern in Ireland (BOCCI) list due to long-term decline across Europe, sightings in Fermanagh increased by more than six per cent compared to last year’s Big Garden Birdwatch.

However, it isn’t such good news for some of the other species which make up Fermanagh’s ‘top 10’.

Song thrushes ranked eighth last year but sightings this January plummeted by 28 per cent, pushing it down to number 23.

Robin sightings were also down four per cent on last year and, worryingly, the species was recently moved from ‘green’ to ‘amber’ on the BOCCI list due a short-term decline of more than 25 per cent in its breeding population.

However, it’s good news for the gorgeous goldfinch, which jumped from 19th to fourth place after an increase of almost 28 per cent and some more unusual visitors spotted during the local birdwatch included a treecreeper and the lovely winter migrant, fieldfare.

Across Fermanagh more than 400 children and young people also got involved with the world’s largest wildlife survey through ‘Big Schools’ Birdwatch’.

A dozen schools took part and the blackbird was the most commonly spotted species by eagle-eyed pupils, closely followed by black-headed gulls and blue tits.