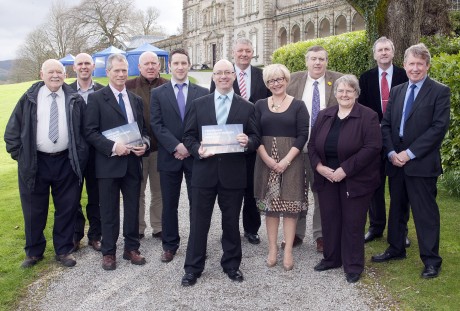 THE purchase of Devenish Island and the installation of a cable car on Lough Navar are among grandiose schemes earmarked by a local tourism development group in a plan launched last week.

And, it want to establish the county as the North’s capital of outdoor pursuits.

The Fermanagh Lakelands Tourism Area Plan runs over an eight-year period, until 2020.

It represents the workings of the Partnership, a body that is driven by a steering group to which several specialist ‘delivery’ groups report.

Its 80-strong membership are drawn from across the public and private sectors, including government departments.

Fermanagh Lakeland Tourism, a body whose 350 members are actively involved in the hospitality industry in the county, will promote the plan.

Fermanagh has a lot going for it in attracting tourists and tourism revenue – 138,845 last year, and £43m for last year and the year before – but, the steering group are saying:: ‘we can do better’.

At the moment, Fermanagh , at 39 per cent graded, has the third highest number of graded properties in Northern Ireland, but the group want that increased to 50 per cent by 2020.

Interestingly, the average spend for a leisure visitor to the county is higher than the  average of £114, and we benefit particularly from day visitors who, on average, leave £55 behind compared to the NI average of £33.

The stated aim of the recreation and activity delivery group, is: ‘to establish Fermanagh as the outdoor capital of Northern Ireland’.

Central to achieving this aspiration are multi-million upgrades to facilities on Lough Erne, water and shoreline, Devenish, and, the extension of the Global Geopark (it embraces the Marble Arch Caves and Lough Navar) into neighbouring counties over the border.

To date, the access road and the network of footpaths to Lough Navar have been upgraded as part of a £1m scheme.

The plan envisages the development of a cable car system that would enable visitors to access Lough Navar viewpoint more readily, from the Shore Road car-park.

There is no estimated funding listed for this ambitious scheme, other than £20,000 for a feasibility study.

The authors of the plan believe that such a system would mean less traffic using the Forest Service Roads to visit the famous viewpoint.

The plan to either purchase Devenish island or secure it on a long-term lease is given a high priority, a measure of its perceived under-developed potential.

And, it proposes the purchase of the shoreline at Trory, and the construction of moorings.

On Devenish itself,  the authors of the plan are keen on additional excavation to reveal more of the island’s ancient settlements, and the construction of a  jetty to the rear of Enniskillen Castle to allow direct access to Devenish by the MV ‘Kestrel’ and its passengers. 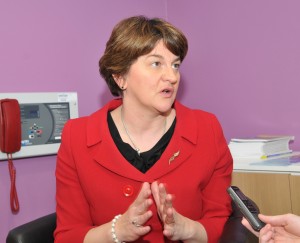 Foster hits back over tourism claims

IN ONE of her last acts as Enterprise Minister the DUP’s Arlene Foster has hit back at research which...