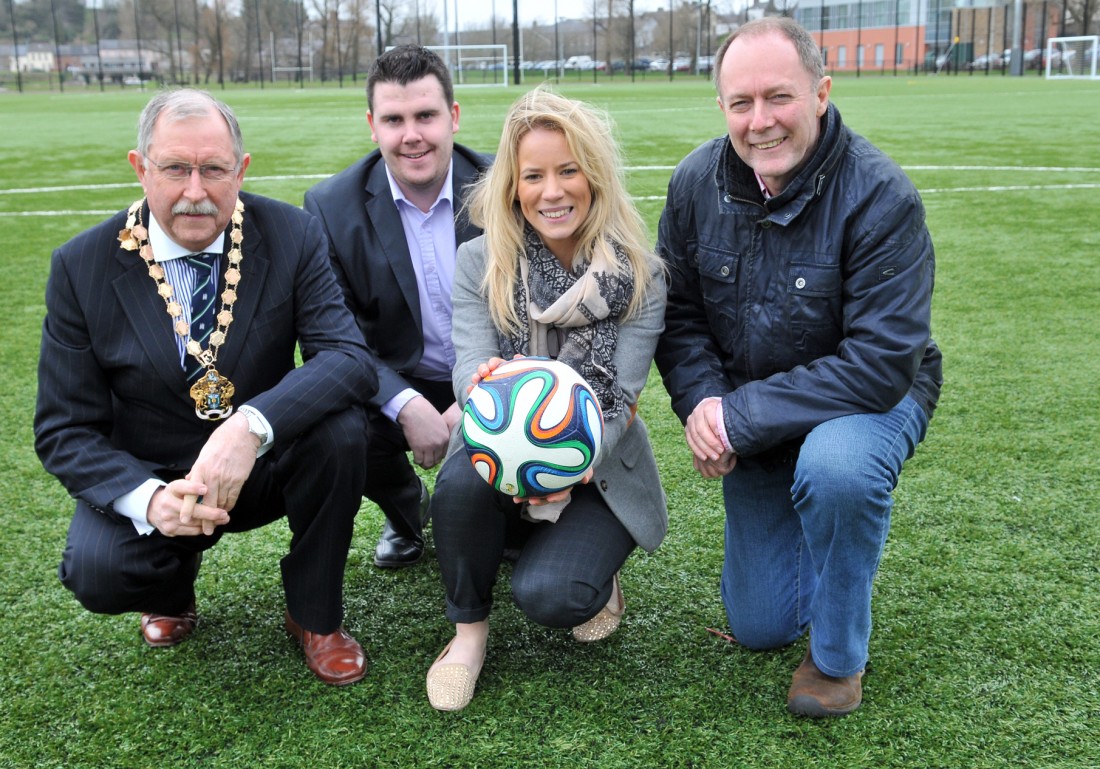 LOCAL politicians are set to lace up their football boots in an effort to raise vital funds for the Cystic Fibrosis Trust.

Instead of doing their debating in the council chamber or Stormont the talking will be done on the pitch in what promises to be a game with an added edge.

The charity football match taking place at the Lakeland Forum on April 12 has been organised by Herald reporter Catherine McCurry, who is using the event as a means to raise money for her participation in the Belfast marathon.

“I wanted to host a fundraising event that would see men and women of all different ages and abilities taking part in a sporting activity and knew that a football match with political players would add a bit of flavour to the game,” she said.

“It’s a chance for the Fermanagh electorate to see a different side to their local councillors as well as giving some of them a chance to settle some scores on the pitch on friendly terms.

“More importantly though, it’s a day that will, hopefully, raise money for a cause that is close to my heart and so many others as cystic fibrosis effects hundreds of people across Ireland, four who whom are in my family alone.

“I would encourage everyone to come along on the day to watch some spectacular football.”

Teams will be made up from members of different parties with the help of some local experienced and professional sporting stars who will join them on the pitch.

SDLP councillor Frank Britton said it was an easy decision to take part in the match and is looking forward to playing alongside other party representatives.

“It’s great to be part of this very worthwhile initiative to raise money for a charity that does so much work for local people,” he said.

“It’s also a chance for councillors, current and prospective, to get to know each other better on a personal basis.

“It’s also a chance to rub shoulders on the field of play with local sporting stars who no doubt will run rings around us.

“Hopefully, the players list will attract a huge crowd on the day so we can raise as much vital funds as possible for the charity as well as having fun on the pitch ourselves.”

Cystic Fibrosis is a genetic condition in which the lungs and digestive system become clogged with thick, sticky mucus.

Symptoms of cystic fibrosis usually become apparent in the first year of life.

Currently, there is no cure for cystic fibrosis. So the aim of treatment is to ease the symptoms and make the condition easier to live with.

Treatment can also prevent or reduce long-term damage caused by infections and other complications.

Explaining the daily challenge for people living with CF, a spokesperson for The Cystic Fibrosis Trust said: “Most people with cystic fibrosis look perfectly healthy. But it’s a lifelong challenge involving vast daily intakes of drugs, time-consuming physiotherapy and isolation from others with the condition. It places a huge burden on those around them and can critically escalate at any moment.”

If you would like to buy a ticket for the match on April 12, from 2pm until 4pm, please call into the Fermanagh Herald office on Belmore Street, Enniskillen.