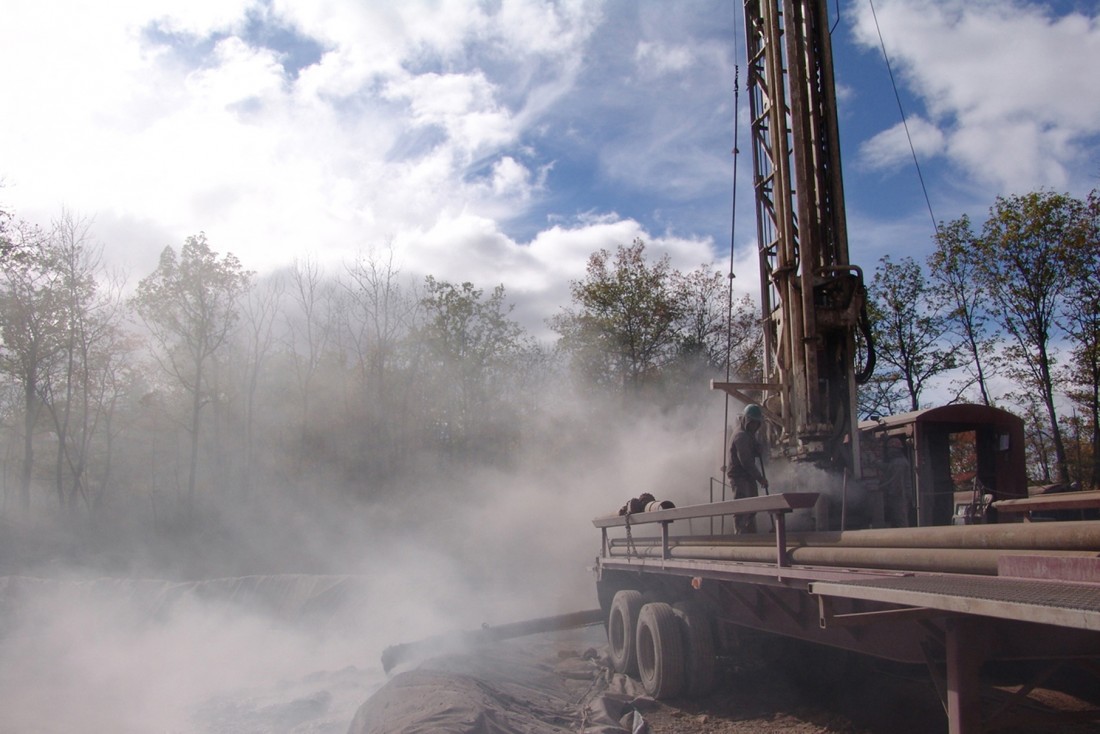 ‘Fracking is safe for the environment and safe for our health’ – That’s the view of the European Resource Centre for fracking, Shale Gas Europe.

In an exclusive interview with the Herald spokesman Marcus Pepperell outlined the benefits of fracking to the people of Fermanagh and stated that it is not threat it is being perceived as.

Opponents of fracking say it is not safe and will pollute the water supply in the county? Is this true?

No it is not true. Shale gas exploration is safe for human health and for the environment.  Risks exist with all energy sources but these will be managed, controlled and carefully monitored.

The Royal Society and Royal Academy of Engineering published a joint report in June 2012 which concluded that the health, safety and environmental risks of shale gas and hydraulic fracturing (‘fracking’) can be managed effectively.

In January 2014, The UK’s Chartered Institution of Water and Environmental Management also published their independent report on shale gas and water.

This report states that “contamination of aquifers from mobilisation of solutes and methane is unlikely where shale plays exist at depth in the UK.

While hydraulic fracturing has been used for over 60 years, technology has evolved significantly in the last twenty years and there have been no confirmed instances of direct contamination from this process.
This is because the fracturing takes place hundreds of meters below the water table.

Is there enough evidence to support claims that the environment here will suffer due to fracking?

There is currently a moratorium in place in Northern Ireland, voted through by the Assembly in December 2011.
If this should be lifted then the impact on any landscape where shale gas is evident will be minimal as there are already a host of regulations in place to manage the exploration and drilling of shale gas in the UK.

Could we be at risk from earthquakes due to drilling affecting fault lines?

Durham University has recorded three associated earthquakes caused by hydraulic fracturing globally, from hundreds of thousands of jobs that have already been undertaken world-wide.

Even so, as a mitigation method, the UK has a ‘traffic light’ system which will monitor seismic activity, feeding back information in real-time during hydraulic fracturing; this data will allow drilling companies to adjust the injection volume and rate during the fracturing procedure to prevent noticeable seismic activity.

What tangible benefits will fracking bring to Fermanagh if implemented?

The benefits could be financial, economic, and environmental. Financially,  2013 Institute of Directors study predicts that, should current exploration prove to be successful, investment in unconventional gas in the UK alone could peak at £3.7 billion a year.

On the economic benefits, the EU is dependent upon 67% of its natural gas (2011) and this is expected to rise.
There are estimates about the likely employment benefits that could be associated with a domestic shale gas industry. The IoD report stated that it could support 74,000 jobs in the UK.

In October 2013, Pöyry, a consultancy and engineering company, stated that the figure for total jobs in the UK could reach 100,000.

There could also be environmental benefits: the European Union has also recognised that shale gas could be a possible bridging fuel as a substitute for more polluting fossil fuels, helping to contribute to its targets for reducing greenhouse gas emissions.

In short why is Fracking good for Fermanagh?

Energy matters. It sustains and maintains our communities, our industries, our homes, schools and hospitals.
The UK and Northern Ireland governments have recognised that shale gas could represent a huge economic opportunity and as demand for more affordable, cleaner energy continues to drive the need for more supply, shale gas may provide the potential means to meet this ever growing energy requirement in a commercially viable and environmentally responsible way.

Therefore, any risk must be managed with the development and implementation of an effective and transparent regulation and enforcement process.