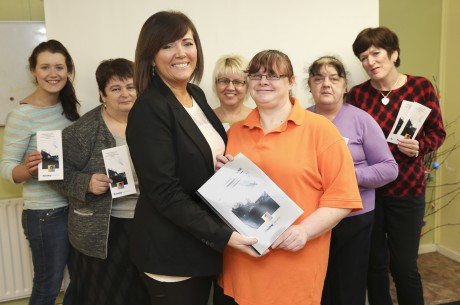 THE Residents of Lisnaskea’s neighbouring house estates, Carrowshee Park and Sylvan Hill love where they live – and that’s official!

And, they get on well with neighbours from a different religious persuasion.

Nearly two-thirds of them responded to a Housing Executive’s research survey which showed that 86% are either ‘very satisfied’ or ‘satisfied’ with Carrowshee and/or Sylvan Hill as a place to live.

The survey showed support for involvement in the Shared Communities Programme, with 89% declaring they, ‘frequently’ or ‘sometimes’, mix with people from a different community / religious backgrounds.

This is a three-year programme that is aimed at supporting and encouraging shared communities across the north.

Some 68% of respondents voted in favour of moving towards a mixed community rather than predominately Catholic or Protestant. And, 80% said they would be willing to attend shared events with people from different religious backgrounds.

A spokesman for the Housing Executive described this as, ‘a solid foundation from which to build’.

The findings were welcomed by Mary Brady, the chairman of Carrowshee Park and Sylvan Hill Community Association.

“It shows us the enthusiasm of the people in the area to commit to creating a better place to live. Even better, it shows what many of us anecdotally knew, that it’s a great place to live.

“The results of this will guide us in focussing on issues that have been highlighted, and they will provide us with a solid basis on which we can develop a plan of action.”

She added: “We’re pleased to be able to continue our support to help bring the two communities closer together.

“They’ve already collaborated with other groups in Lisnaskea and formed strong bonds with others outside the area, some of different religious backgrounds, and they have really learned a lot and shared ideas, skills and experiences.”