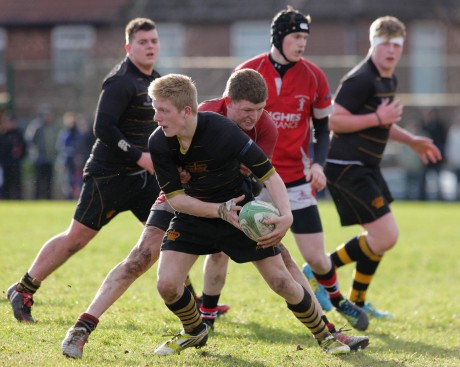 The game kicked off with the horrendous weather conditions forcing both sides to play a tight and narrow game.

With the wind in their favour during the first half, Portora worked to pin Regent back in their own half through the effective boot of their outhalf, Adam Lendrum.

Regent were required to consistently fight their way out of their 22m area with a very gutsy, disciplined and controlled defence and displays of very sound ball retention. In doing so, Regent successfully kept Portora from crossing their line and the score at half time read 0-0.

After the restart the weather conditions improved significantly and Regent appeared to have lost some of the advantage of having the wind in their backs.

However, just minutes into the half, the Regent full back, Nathan Graham, fielded a hefty Portora wiper kick.

He countered and returned a low hard grubber kick which he re-gathered on the bounce and cleverly offloaded to his supporting winger, Lewis Loane. Loane then fed back to Graham who grounded the ball over the Portora RS line for the first score of the match.

Graham then converted his try to put the Regent House team into a 7-0 lead. Portora fought back well though and pressed the home line with excellent carries from their tight head prop, Ulster Schools’ player, John Clarke.

Clarke eventually crossed the Regent line to score a try which was converted by Adam Lendrum to bring the scores level at 7-7.

The game remained a tight and hard fought battle but Regent began to use the elements well in the final quarter.

They pinned Portora back and applied effective pressure. This culminated in a Regent line out on the Portora 5m line. After sustained pressure prop, Tom Arthur Donnan, forced his way over the line for a try.

The conversion attempt was unsuccessful but the Regent now had a 12-7 lead, a lead they would hold until the final whistle.

Portora now enter the Bowl Competition where they will play away to the winners of Saturday’s postponed game between Belfast High School and local rivals Omagh Academy.

Portora go out to top opposition

Portora’s campaign in this year’s Medallion competitions came to an end last Saturday when they lost to powerful... 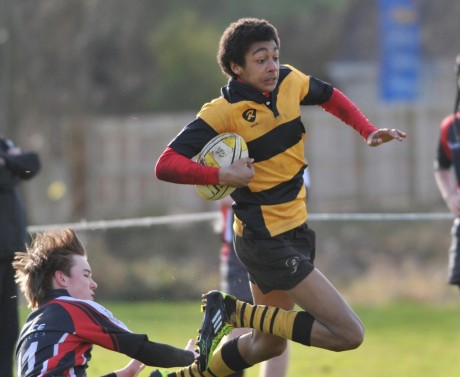 Last Saturday Portora Medallion lost narrowly to Ballymena Academy, one of the top eight seeded teams to have joined...