THERE is an air of change at Old Trafford this season.

For United fans, their team’s exploits so far have worried many; and after years spent at the top, fans of other teams will be glad to see ‘noisy’ fans from Old Trafford finally quieten down.

The side have under performed in the Premier League under new manager David Moyes and currently sit in 9th place, having won the competition under Sir Alex Ferguson last year.

“It’s been a tough season, we haven’t played anywhere near our best and to be honest we deserve to be were we are in the league. We have actually played quite well in Europe and the Capital One Cup but we haven’t replicated that in the league so far which is frustrating,” Cahal mused.

Sean added: “Well, this season ain’t going to plan, is it? But if you look at results across the league, it’s been quite erratic, team might win 4 – 0 one week, and get beat by the same margin the week after!

“There’s no doubt about it, United are struggling, like it or not, and it really shouldn’t be a surprise, this is a time of transition, history means nothing in football, unless of course you’re a Liverpool fan!”

For Cahal in Manchester, he admitted that there is frustration among fans over there.

“I’m currently living in Manchester and naturally there is frustration from the fans over here, but most fans back Moyes and what he is trying to do at the club. His name is sung week in week out. There are calls for new signings in January and next Summer and also to get rid of a few free loaders as well. The thing I hear most though is people re-quoting Fergie and his plea for the fans to support the new manager in the good times and the bad, just as the club did when he was in charge.”

And, back in Fermanagh, Sean echoed the sentiments of Cahal.

“There seems to be a general feeling in Fermanagh among United fans that we’re just gonna have to ride out the bad times, and do as Sir Alex said in his speech, ‘stand by our new manager’.

He added: “My hopes for the season would be to obviously finish in the top four, and a good FA cup run would be great – I definitely wouldn’t like a fruitless season.” 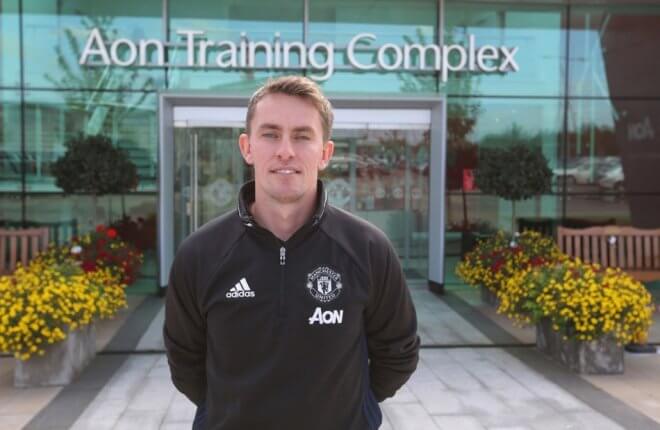 A COA family is coming to terms with the news one of their own has scooped a top job...