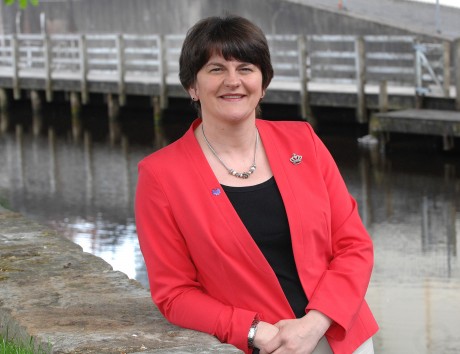 Enterprise Minister Arlene Foster has been described as “unprofessional” and “obnoxious” for her comments describing the Western Education and Library Board as ‘shambolic’ in its handling of the transfer of pupils from Lisnaskea High School to Devenish College.

The issue was raised at a Western Education and Library Board (WELB) meeting last Thursday in Omagh by local UUP councillor Robert Irvine.

The WELB board member took objection to comments made by Ms Foster in a recent newspaper article, which he said “cast a shadow” over the work of the board and its officers.

He said: “A public attack was made against this board and its officers. It is very disconcerting that Arlene Foster would go to a paper with comments without coming to the board first to raise the issue and discover the facts. It is more than obnoxious for a Minister to do this without clarifying the matter and finding out the facts about the amount of work that went into this before going to a paper. There is no doubt the board officers have done their utmost to facility the move.”

Councillor Ann Brolly from the Limavady District Council agreed with the remarks, adding that Ms Foster was “very unprofessional to go to a paper with only half truths.”

Mr  Irvine continued by proposing the WELB take action to highlight the discrepancies in Ms Foster’s comments and call for her to make amends.

He added: “A rebuttal is needed as the public only got one slanted side of the story. At least a reply in writing needs to go to the Minister to make her realise what is going on and for her to make amends for her comments against officers who have been giving pastoral care to pupils in a very delicate situation. The Minister needs to rectify the slight she has given against this board.”

Councillor Brolly seconded the proposal to write to Ms Foster.

WELB vice-chairman Peter Duffy also supported the comments by Cllr Irvine stating: “A very simplistic view of what happens when pupils transfer from one school to another was given in the article. The report was very misleading. A huge amount of work goes into this exercise with depleted staff due to the political failures in setting up ESA.” (Education and Skills Authority to replace the existing five education and library boards).

WELB chief executive Barry Mulholland took the opportunity to summarise a long list of the work conducted by board officers to help facilitate the transfer of pupils following the official announcement of the closure of Lisnaskea High School in June.

Mr Mulholland stressed that this was a very “challenging time-frame” for a school amalgamation following the education Minister’s announcement at the end of the last school year.

“Our officers immediately made contact with the interim Board of Governors to offer support, advice and guidance through the amalgamation process with HR, finance and transport etc. Targets were set and home to school transport arrangements put in place with very short notice. Translink are making adjustments to accommodate this.

“Data protection also ensured that all confidential material for pupils and staff was all fully removed from the Lisnaskea site. Officers made sure furniture and equipment were in their new school to ensure the continuity of learning.”

Mr Mulholland also highlighted that IT services were ready, support was offered to individual pupils and youth service went to see what issues were being raised by the pupils to then help support the school.

There was also meetings last December, on January 12 and 23, then from February right through to June.