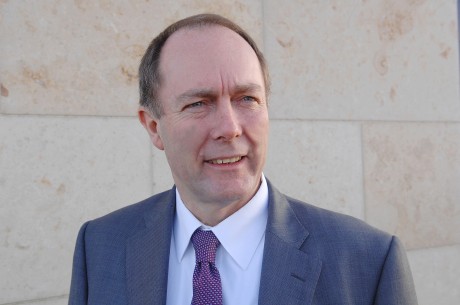 THE installation of public WiFi in Enniskillen has been called into question after a local councillor expressed his concerns over the  ease of access to inappropriate images through the service.

Local councillor Frank Britton has welcomed the wifi service in principal, but admitted he is worried about children accessing images of pornography, including child abuse.

At Monday’s meeting of Fermanagh District Council he asked for a full report of the mechanisms used to filter images of this nature so as to ensure children did not inadvertently stumble upon them. His proposal was seconded by Brendan Gallagher for the issue to be referred back to committee.

Chief Executive Brendan Hegarty said these images would not be available as the filters would be in place, but Mr Britton maintained he would like the issue referred back.

“I want a guarantee before we embark on a public rollout.”

Bernice Swift agreed with Mr Britton and said that while it was an excellent move it should be further discussed.

Mr Hegarty explained that as tenders had been accepted for the project the item could not be referred back to committee.

He added though that when he had asked the tender how robust the filters were he had received a ‘very positive response’.

“Wifi is very, very desirable, but I wouldn’t want it if it places people at risk,” added Mr Britton.

Mr Hegarty concluded by saying he could not give absolute guarantees against all risk, but the filters should mitigate against them.

It was recommended that the council proceed with the installation of WiFi at the Fermanagh Lakeland Forum, the Visitor Information Centre and Fermanagh County Museum at an additional cost of £2,622.98.

The council have also asked that a report is brought back to the next committee meeting detailing the security arrangements in relation to the filters that will be in place for the public WiFi.

Speaking yesterday to the Herald, Brendan Hegarty confirmed that he hoped to bring the report to councillors at the next committee meeting, which he hoped would reassure them about the safety of the service.