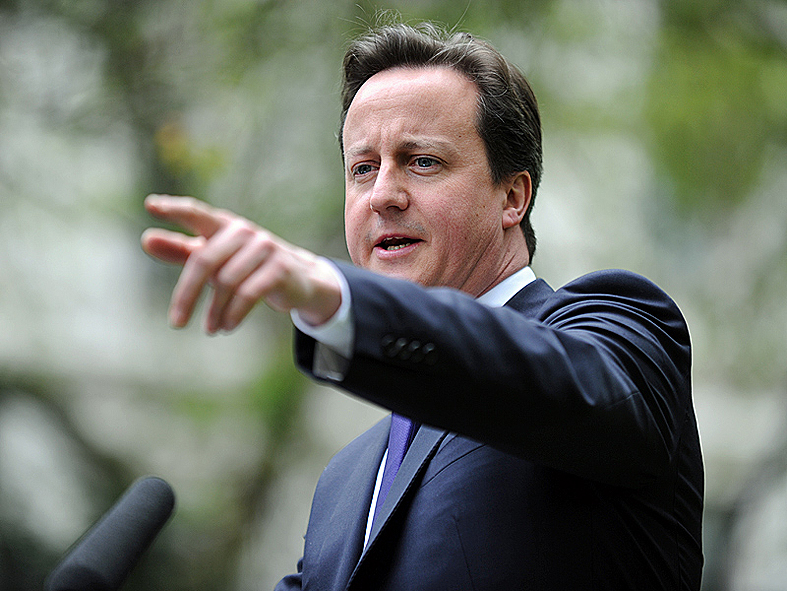 PRIME MINISTER David Cameron has this week urged the public to see fracking as a viable option for Britain – leaving a local campaign group up in arms.

In a self-penned article in the ‘Telegraph’, the prime minister described the fracking debate as something he was, ‘determined to win’.

Fracking, the controversial shale gas extraction method, could come to Fermanagh as soon as 2014.

He wrote: “If we don’t back this technology, we will miss a massive opportunity to help families with their bills and make our country more competitive. Without it, we could lose ground in the tough global race.”

He compared Britain to the US.

“This reservoir of untapped energy will help people across the country who work hard and want to get on: not just families but businesses, too, who are really struggling with the high costs of energy.

“Just look at the United States: they’ve got more than 10,000 fracking wells opening up each year and their gas prices are three-and-a-half times lower than here.”

And, the prime minister aimed to dispel so-called myths associated with the controversial shale-gas extraction method.

“We are issuing very firm guidance: firms looking to frack should make people aware of their plans well before they apply for a permit. Equally, we must make the case that fracking is safe. “International evidence shows there is no reason why the process should cause contamination of water supplies or other environmental damage, if properly regulated.

“And, the regulatory system in this country is one of the most stringent in the world. If any shale gas well were to pose a risk of pollution, then we have all the powers we need to close it down.”

He said he would never sanction something that might ruin our landscapes and scenery.”

However, Tanya Jones, a member of Fermanagh Fracking Awareness Network (FFAN) and author of, ‘Fracking Up’, claimed that the prime minister is ‘unfortunately wrong on many important points’.

“Experts have shown that shale gas would not be a ‘game-changer’ in terms of UK energy prices.

“Jobs would be few, low-skilled and short-term, far outweighed by the jobs and livelihoods likely to be lost in sectors such as agriculture and tourism.”

She refuted David Cameron’s claims that there would not be damage to the countryside, and she suggested that a well-attended G8 ‘fracking’ protest march in Enniskillen had been dismissed by politicians.

“These were ordinary local residents who are concerned for their families, their neighbours and the county which they love.”

Speaking yesterday, Tuesday, the North’s Environment Minister, Mark H Durkan said agreeing to fracking at present would be ‘reckless and irresponsible’. He said no decision should be taken until all facts and scientific evidence are established.

He stated: “At present, there is no planning application for fracking in Northern Ireland. If and when any application comes in, it will be for me to decide, not David Cameron.