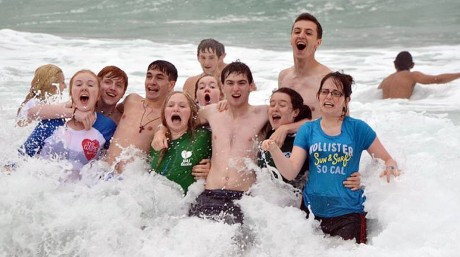 SURF’S UP… Pilgrims from Clogher Don Oige taking a breather

HEARING THE Pope speak on Copacabana beach in Brazil has been the highlight of an ongoing trip for 52 young pilgrims from Fermanagh and the wider Clogher diocese.

The group, along with eight leaders, attended World Youth Day in Rio De Janeiro, Brazil, as part of a trip to South America, which included visiting Sao Paulo.
Pope Francis spoke in front of approximately three million on the beach, on Sunday.

“Seeing the Pope was all that most people wanted to do,” explained Mikey Reihill, from Enniskillen.

The 19-year-old continued: “Luckily for our group we ended up being very close to Pope Francis and being that close you could sense the excitement others were feeling. He spoke very well of the young people today symbolising what they need to do today and te influences faced for them today. The reaction of all to the Pope was of awe and reverence to him.”

He concluded: “The living with the host families in Sao Paulo and the World Youth Day event in Brazil will never be an experience I have again and I would like to thank on this part Clogher don Oige on behalf of all of us that attended for this never again experience.” 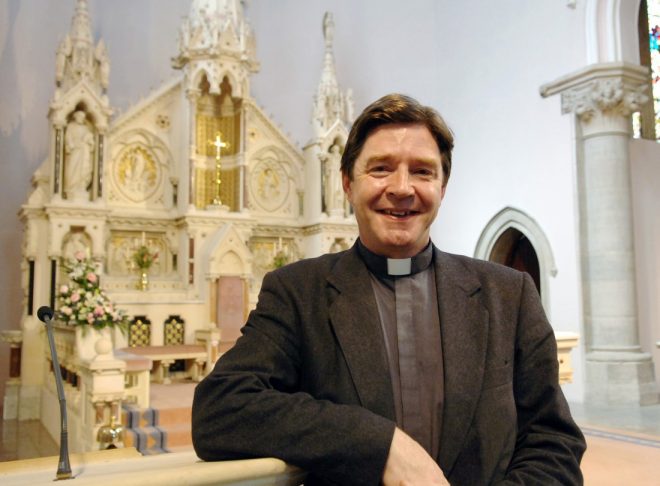 While woman priests are still ruled out, Mgr Joseph McGuinness tells Roisin Henderson that the church is still too...