Advertisement
HomeHeadlineIs this the final nail in the coffin for the rural pub?
Advertisement 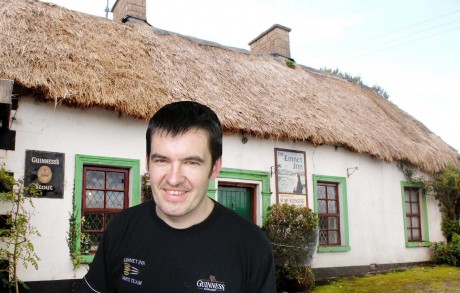 Dessie McKenzie outside The Linnet Inn at Boho

THERE is growing concern that new drink driving laws could be the nail in the coffin for many pubs and restaurants here.

The new laws look set to come into place at the end of the Stormont summer recess, could reduce the drink driving limit by 40%, effectively putting anyone who has had even one drink over the limit.

“A combination of the recession, the smoking ban and the lowering of the limit you are allowed to drink before driving has already had a big impact on trade and any further reduction in the drink drive limit could force people into staying away from pubs especially in the rural areas,” explained Dessie McKenzie, of The Linnet Inn, Boho.

“The increasing importance of a person’s licence to get to their place of work has saw many people turn away from socialising in pubs and the isolated rural areas will be the first to suffer in this regard.

“The problems are obvious for the casual drinker. A lack of taxis in rural areas will force people into taking a risk by driving home,” he warned.

And, Feargal Shannon of the Crowe’s Nest admitted that while ‘anything that reduces deaths on the road we’d be fully behind’, it could have a negative effect, especially on the rural pub.

“For rural pubs, the drink driving legislation and no smoking have been some of the nails that have went into that coffin and for a lot of people this could finish it.

“They’ll definitely be taking heed of it,” he added.

The current drink drive limit in Northern Ireland is 80mg of alcohol per 100ml of blood – however – the new legislation would see the limit reduced to 50mg per 100ml for the ‘typical’ driver. The second changed limit is 20mg per 100ml and applies to what is expressed as a ‘specified person’.

“That is, a learner driver who holds a provisional licence; a novice driver who is subject to the two year probationary period under the New Driver’s Order 1998; or a professional driver who holds a licence entitling him/her to drive a category of bus or lorry as well as the holder of a taxi driver’s licence.

However, Kelly Maguire, owner of the Cedars restaurant in Lisnarick, said she didn’t feel it would seriously affect her business, and said that people would appear to take a soft drink, rather than the amount of alcohol they are legally allowed to drive on.

“It’s hard to say what people do. Sometimes people say ‘I’m the driver’ so I’m not going to have a drink. I do know people say, ‘No I’m driving, so I’ll just have a soft drink’.

“Sometimes people would have a small drink, but a lot of people are quite conscious of it.”

A spokesman from the department of the environment (DOE) said: “The Road Traffic (Amendment) Bill will be introduced after the summer recess.

The Minister had worked to have 1st and 2nd stages of the Bill debated in the Assembly before the summer.

“The Bill will reduce the drink drive limit, along with a range of other measures to tackle drink driving, change how we train, test and protect new drivers as they gain experience, and introduce a requirement to wear a helmet on quad bikes on a public road. It represents a step change in road safety.”