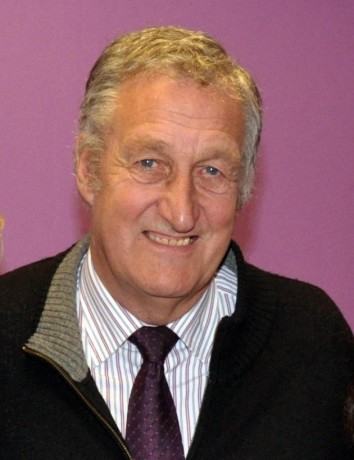 TWO of the biggest problems Fermanagh people face are isolation and loneliness, according to the director of the Fermanagh and Tyrone Samaritans branch Michael Wright.

Mr Wright also claimed that the branch has experienced an upsurge in the amount of Fermanagh farmers contacting the charity organisation who are plagued by isolation because of their anti-social working hours.

The branch, which is based in Omagh, first opened its doors in 1953 and in recent years has broken the “traditional” barriers that it is seen as a last ditch attempt for those who suffer from mental health problems.

Speaking to the Fermanagh Herald this week, Mr Wright said that 15,000 locals contact the Samaritans each year and the numbers are growing.

“Fermanagh people ring us about a wide range of issues like loneliness, financial problems, sexual health and sexual orientation.

“One of the  main reasons that Fermanagh people make contact with us is down to loneliness. We have received calls from people who haven’t spoken to anyone in three days other than a shop keeper.

“Farmers that work in a very anti-social job and never see anyone all day and then they can’t leave the farm at weekends as they have to feed the animals.

“The calls we get are from all different kinds of people of all ages and people’s problems tend to change with age.

“For young people it could be cyber bullying or geographical movement that takes them away from their family or friends.

“Older people can suffer through bereavement or social exclusion because of a disability or a break up in a marriage or partnership.

“The Samaritans has spoken to schools and colleges in Fermanagh about emotional health, self harm and suicides. We don’t want them to get in a bad situation where they see no other way out.

“We have a lot of time to give to our callers, people can stay on the phone for well over an hour for if they want, we have all the time in the day to speak to them. We have no pre-condition as to why people should ring us and we are seen as a quality service and are proud of that.

“The amount of emails and texts has risen at an alarming proportion as a way of people making contact with us.

“We measure our success by one simple criteria: Is there anyone better than the Samaritans to speak to about an issue and I think, no.”

Speaking about the Omagh-based branch, Mr Wright added: “Although we are based in Omagh our branch also covers the Fermanagh area.

It’s totally irrelevant where the office is.

“There are currently 70 volunteers working at our branch who give up their free time totally free, the volunteers are very special and amazing but they too are just ordinary people from all walks of life.

“I think we are still considered a Tyrone based branch but many of our volunteers are from Fermanagh and we want locals to know that we will always be here for them and only ever a phone call or email away.”