Camillus Hanley added a “major” to his CV  by winning David Humphreys Captains day at Enniskillen on Saturday.

The nineteen handicapper was in untouchable form as manoeuvred his way around the full length course for an incredible nett 61. Hanley covered the front nine in a miserly 40 shots. He had a minor hiccup on twelve where he took a double bogey six but if anything this was the catalyst to keep him going. Hanley then reeled off four straight pars and two bogies to finish with a gross score of 80 and see his handicap tumble three shots.

The “peoples champion” golfer Jim Lucy shot a nett 65 to finish second. Lucy recovered well from a nightmare start after a nine on the second “double trouble” hole to stand on the tenth tee three under his handicap. Four pars in the next five holes got him in sight of the winning line but a couple of nervy sevens down the home straight meant that Lucy would have to settle for the runner up spot on this occasion.

Five handicapper Steven Craig fired the best gross score of the day to finish third with a nett 67. Consumed with the after effects of a trip to the Irish Open the previous two days, Craig got off to a shaky start with a couple of careless dropped shots at the first and third. He stayed at two over until the thirteenth where he dropped another shot after three putting from above the hole. Back to back birdies on fourteen and fifteen with three pars to finish gave Craig a gross round of 72, one over par.

David Truesdale showed he can still compete with the best shooting a nett 67 to claim fourth. Ten handicapper Truesdale went out in 39 and came home in 38.

The gross prize was won by Nicky Wilson with a round of 75. The five handicapper found himself four over after four but steadied himself and held that position to the end of his round.

At the junior end it was Harry Thompson would did the business. Young Thompson didn’t cover himself in glory over the first five holes but a run of seven consecutive pars from the sixth and a decent finish gave him a gross 81, nett 67. Junior captain Jason McBurnie finished second in the junior section with a nett 71.

Castlehume’s John Colten lifted the visitors prize with 39 points. Like many before him, the six handicapper dropped a number of shots over the tricky opening five holes but made his score from the sixth on as he carved out two birdies, two bogies and nine pars to come off the last hole with a round of three over par 74.

Robert Scholes won the front nine with a nett 32 while the back nine ended up with Ronnie Little for his nett 31. Little’s highlight was a brace of twos at both par threes on the second nine.

David Truesdale got nearest the pin on the eleventh and he also lifted the past captains silver salver for his nett 67.

The ladies section turned out to a much closer affair. At the end of play three ladies had returned the same score – 39 points. After scrutiny of the cards it was Paula O’Hara who came out on top thanks to her superb back nine score of 25 points. Orla Foster pipped Barbara Thompson to second place on a countback. The consistent Doreen Cathcart won the “Legs” nine hole prize with 20 points.

George Phair claimed the “Eggs”nine hole with 22 points.
In the battle of the big hitters it was Matthew McBurnie who demonstrated his prowess with a 285 yarder up the eighteenth to win the longest drive. 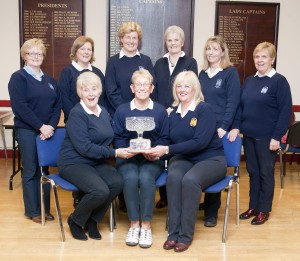 Enniskillen Ladies held their AGM on Friday evening in the club house. Outgoing captain Orla Foster welcomed all the... 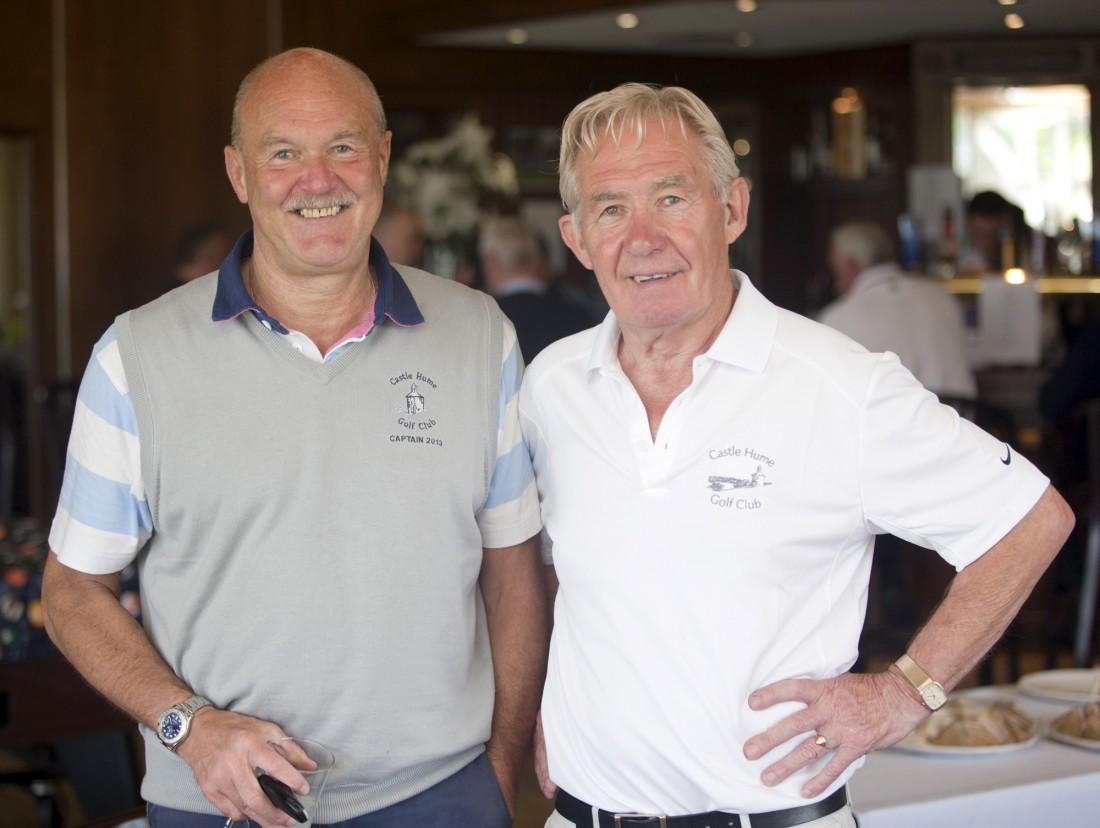