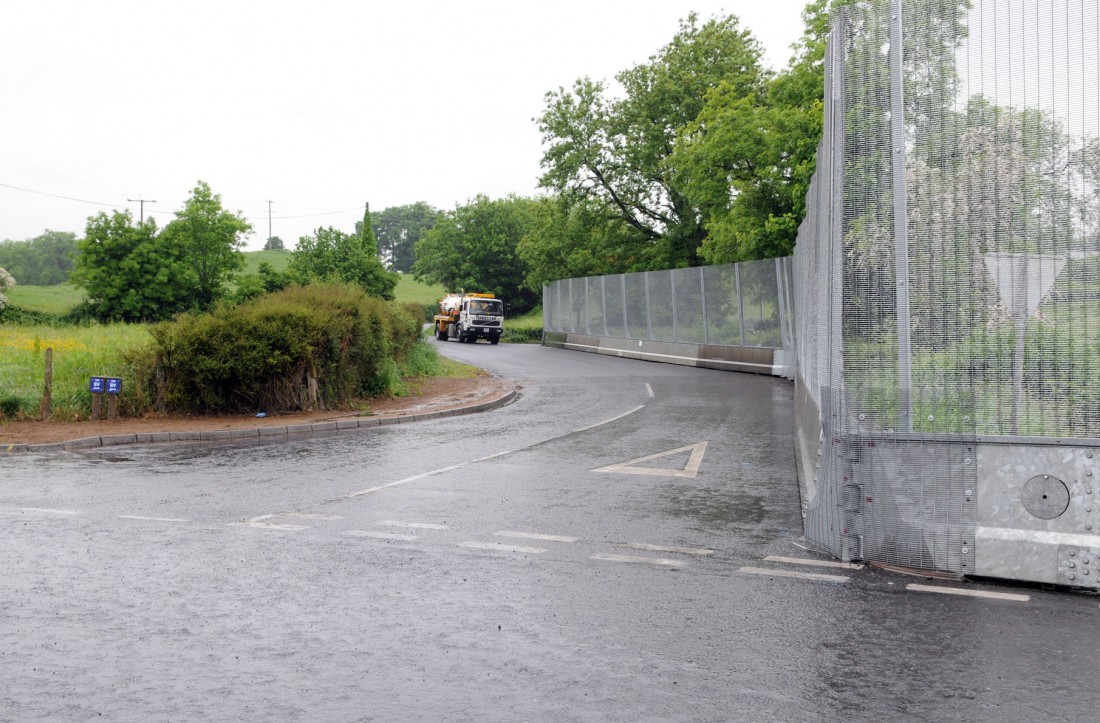 The Levally Road turn off on the Shore Road

IN THE wake of last week’s outrage from local councillors regarding the increased diverted traffic on minor roads due to the G8 one local stretch has already witnessed a crash.

The Levally Road, running parallel to the Lough Shore Road, was from last Wednesday being used as a means to divert traffic towards the Lough Erne Resort and as a result traffic increased three fold on the road.

Kathleen Hoy, a resident on the road, admitted that there had been a noticeable increase in traffic.

“Yes definitely, there is a lot more traffic, apparently it is the people from the resort going and coming from work in the morning and the evening.

“The first few days were terrible and on the Wednesday there was a crash between a car and a van. They collided at the bottom of the hill past our house, but I don’t think it was overly serious.

“The first few days were challenging, but thank God there were no serious injuries.”

Kathleen believes traffic has increased three fold over the past week and on a minor road it only adds to the danger.
“It is a dangerous road usually, especially for people who don’t know it, but thankfully it has since eased.”

She paid tribute to the police for their work, who have ensured traffic was kept off the road during silage cutting over the weekend.

“My son Robert said to police they were starting the grass and they did their best and kept the people of the road, they kept the traffic away. It has to be said police were very good and definitely helped us out.”

Another resident who did not wish to be named explained how the traffic at times last week meant they were nearly in the ditch on numerous occasions.

“I would regularly travel the road in and out of work and I was meeting five or six cars in a row and because these people didn’t know the road they were going far too fast for the conditions and were almost in the middle of the road.

“With the advent of the silage also it has been a very dangerous time. How someone was not seriously injured is a miracle.”

When asked about the diversions a police spokesperson commented:

“We understand traffic diversions will inevitably mean some increased traffic on other roads but we would ask motorists to adhere to the signed diversion routes as not doing so increases the risk to themselves and others.

“We also ask motorists to be mindful of road conditions, watch their speed and show consideration to the local community.

“Traffic congestion and delays are anticipated, therefore please reduce the number of vehicles in the area by car sharing if possible and in order to reduce your own stress, allow extra time for your journey.”