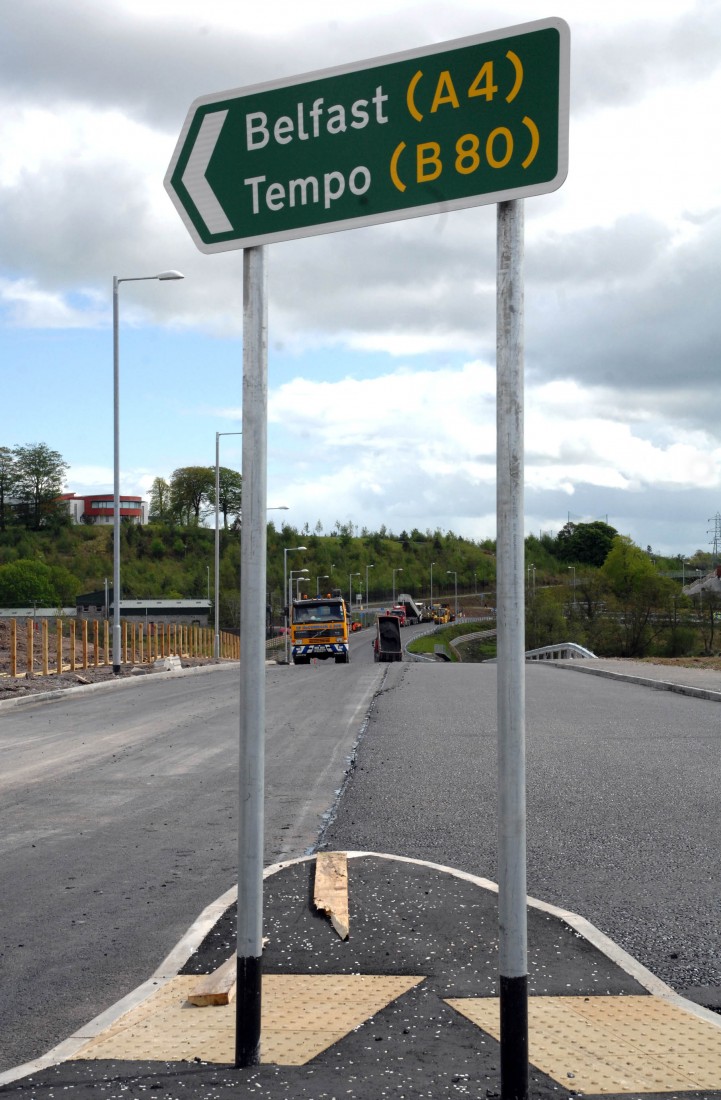 FOLLOWING the revelation that close to £11 million  has been spent on roads in Fermanagh in 2012/13, a local councillor has said that he saw better roads when communism fell in Poland.

Brookeborough councillor Sheamus Greene, was blunt in his assessment of the amount of money been spent over the last number of months here.

“It certainly wouldn’t want to be any less than that,” he remarked.
“As far as rural roads are concerned there’s been little improvement. Certainly the A4 and main roads have been improved, largely due to the G8.

“Though I was over in Poland when communism fell and their infrastructure was better. In my area there’s a road from Roslea to Fivemiletown and its shocking. From Greenhill Cross to Tempo there are some rollercoasters that wouldn’t be as bumpy as it,” said the Councillor, who is also a school bus driver.

Paul Robinson, DUP Councillor, acknowledged that he felt more could be spent on roads here, despite a heavy investment from Roads Service over the last number of months.

“I think that more could be spent on roads and by-roads. There has never been much money spent. It’s better – but the could spend another £10m,” he said yesterday, Tuesday.

“The main thoroughfare is the A4 and parts of it could still do with resurfacing,” he added.

UUP councillor Alex Baird feels that Fermanagh has benefited greatly from road works that normally would not have been done.

“As extra money has come into the county it is good that Peter hasn’t been robbed to pay Paul.”

Minister Danny Kennedy, appeared happy with the amount spent in the county.

“In particular in the Fermanagh area, despite ever increasing demands on budgets, Roads Service invested over £10.9million in delivering a comprehensive range of road schemes and maintenance work.

“Roads Service is using its available resources highly effectively and continues to deliver quality public services in the Fermanagh area and across Northern Ireland,” he said.

Previewing the work scheduled in the area over the next year Danny Kennedy said: “Roads Service’s proposed programme for this financial year include resurfacing a section of the A4 at Skeoge; two sections of the A509 at Drumgallon and Main St Derrylin; and two sections of A32 at Cornagrade Rd and Levaghy.

Local transport and safety schemes include carriageway improvements on the A46 Loughshore Road at Slawin, provision of footways on Pettigo Road, Kesh and a range of traffic management measures including Traffic Calming and Safer Routes to Schools Schemes.”

Other areas include resurfacing sections of Tattendillur, Tattynuckle, Colebrooke, Lisbellaw and Killyhevlin on the A4 Belfast Road, Drumlyon and Drumbroory on A46 Loughshore Road and Kilroot on the A34 Clones Road. Local transport and safety schemes include completion of right turn lanes at the Belfast Road/Station Road junction, Brookeborough and new mini roundabouts at Brownhill Link Road junctions with Mill Street and Pound Street, Irvinestown.

Meanwhile, it is understood that the final phase of the Cherrymount Link road is due to open next Wednesday (June 5).