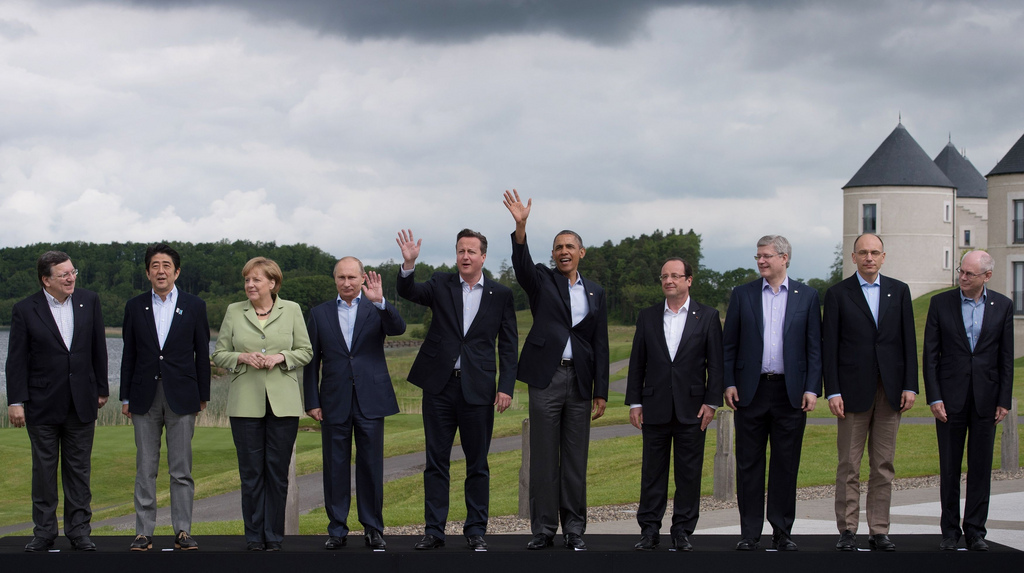 The 2013 G8 Summit held at the Lough Erne Resort has now concluded.

In the closing speeches David Cameron was first to speak and said “real progress” had been made. Mr Cameron told the media in attendance that the leaders had  “overcame fundamental differences” and  said that they had delivered on all issues. The issued discussed included Syria and the three Ts; Tax, trade and transparency.

The leaders of the G8 major economies have agreed new measures to clamp down on money launderers, illegal tax evaders and corporate tax avoiders and Mr Cameron mood was positive at the end of discussions. The  leaders have also backed calls for Syrian peace talks to be held in Geneva “as soon as possible”.

There were further speeches at the Resort by Russian President Vladimir Putin and French President Francois Hollande.

Rumours had been circulating around Enniskillen that Barack Obama was to visit the Clinton Centre this afternoon, but those rumours  have proved to be unfounded.

The G8 leaders began discussions yesterday (Monday), while a G8 protest was held yesterday evening, as more than 700 protesters marched to the steel fence surrounding the area of the Lough Erne Resort.