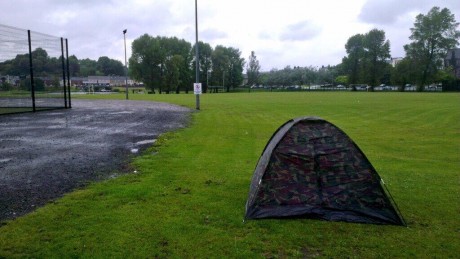 ALONE…A tent set up near the Lakeland Forum in Enniskillen.

It appears that the broad meadow, at the Lakeland Forum, is readying itself for a group of visitors.

That was seen this evening, Friday, upon a visit to the broad meadow in Enniskillen.

On Tuesday of this week, the council confirmed that they would not be providing an official campsite for protesters visiting for the G8 summit, which takes place on Monday, June 17, and Tuesday, June 18.

Chief executive of Fermanagh District Council, Brendan Hegarty, said that if, as speculated, protesters decided to set up camp at the broad meadow, then there would be ‘arrangements in place to respond on a contingency basis’.

And, it would seem that those contingency plans are being put in place.

In the pouring rain, a man appeared to be putting the finishing touches on the ‘site’, sweeping up debris into a skip.

Alongside one tent, basic amenities, believed to have been erected today, were apparent.

Ironically, close to the tent pitched up, there was a sign on a post that read ‘No unauthorized camping’. 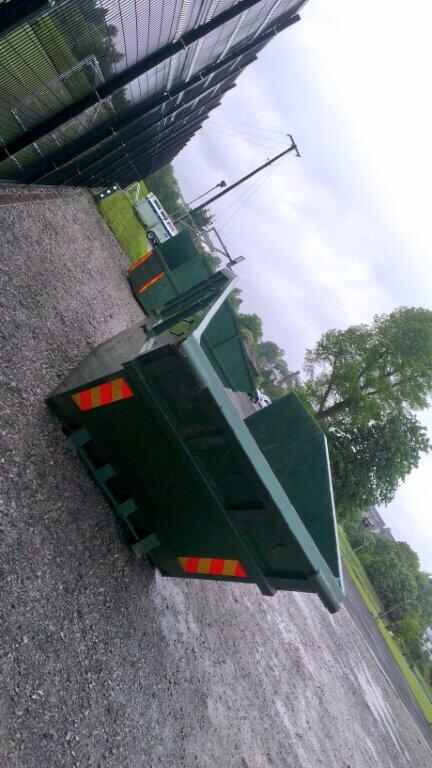 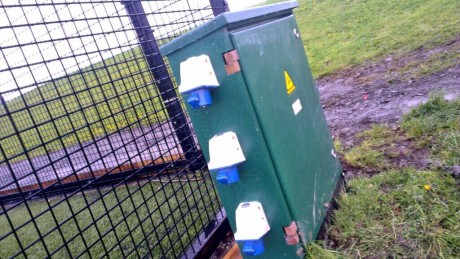 ELECTRIC…Sockets at the broad meadow, near the Lakeland Forum in Enniskillen, believed to be for protesters set to descend on the county